Exclusive: Top 10 Richest Nollywood Actors in Nigeria 2020 and Their Net Worth. 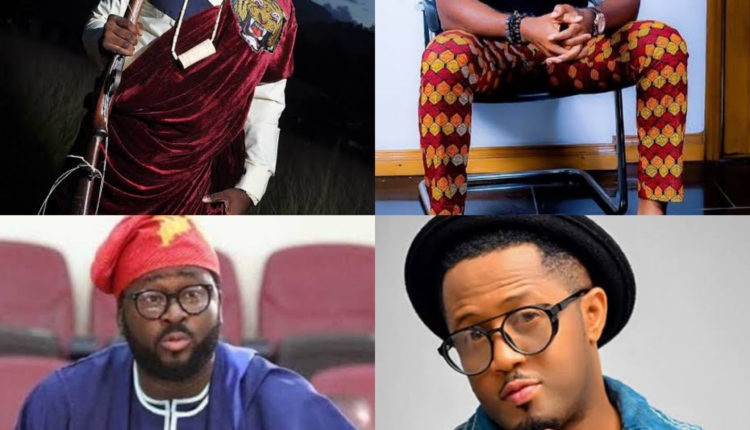 Industry and definitely one of the biggest in the world, actually its the third largest. Some talented actors however has found fame and money through the Nigerian movie industry.

Veteran Nollywood actor Pete Edochie was once a broadcaster at the Eastern Nigerian Broadcasting Corporation before becoming an actor. He started acting in the 1980s with a lead role as Okonkwo in “Things Fall Apart”. After “Things Fall Apart” Pete Edochie became successful as an actor getting roles in soap operas and in movies. He has featured in many movies and has won prestigious awards.

Nkem Owoh is a comical actor who started acting in the 1980s. He also featured “Things Fall Apart” and “New Masquerade” a popular comedy TV series in the 80s. Some of his notable movies are Taboo, Ukwa, A Fool at 40, Ghana Must Go, Spanner, Mr. Trouble, Osuofia in London, and so on. Nkem Owoh well interpreted comical roles in movies have taken him far and wide in the movie industry.

John Okafor’s role in a comic movie titled Mr.Ibu which he acted in 2004 boosted his career as an actor and ever since then, he has been referred to as Mr. Ibu. John Okafor’s imbecility roles in movies stood him out among his colleagues and have featured in several comic movies making him one the richest Nollywood actors.

Ramsey Noah’s romantic acting skills in movies has endeared him to be caste by movie producers and loved by many movie watchers in Nigeria. The handsome actor is regarded as “Nollywood Lover Boy”. Ramsey Noah starting acting since 1993 and has made money and fame for himself over the years.

Oyo PDP Sets Up Screening And Appeal Committee, Ahead Of…

Adeleke Is A Vulture Who Eats From Dead Bodies—PDP Group…

Mike Ezurounye was a banker before he became an actor. His first movie was titled “Broken Marriage” and ever since then, he has featured in many movies. Mike signed an endorsement deals with the Glo telecommunication company and Airtel.

Segun Arinze is an actor, singer, scriptwriter, producer, director and does voice over for TV and radio commercials. He was once known as “Nollywood Bad Boy”. Segun Arinze gained his popularity from the soap opera “Ripples” in the early 90s and has since remained one of the top Nollywood actors.

Chidi Mokeme is a Nigerian actor, model, and TV host. He started acting since 1995 and has become successful in his career. His fame soared when he presented in the first two seasons of popular Nigerian Reality TV Show, Gulder Ultimate Search (GUS).

Desmond Elliot is a top Nollywood actor and film director. He has featured and directed many Nollywood movies. He ventured into politics in 2014. Desmond Elliot is making money from different sources acting, directing, endorsements, and politics. He contested and won the Surulere Constituency in April 11, 2015, Nigerian General Elections.

Richard Mofe Damijo is a veteran Nollywood actor who has featured in many blockbuster movies. He also does voice over for radio and TV commercials. Richard Mofe Damijo has signed some mouth-watering deals for different companies and he is a former commissioner for Culture and Tourism in Delta State.

Jim Iyke is an actor and a businessman, he began acting in 2001. He’s one of the sought after actors in Nollywood. Jim Iyke has a bottled water company called “Burgeon Table Water”, clothing line called “Untamed Closet” and the founder of Jim lyke Foundation for Children with Special Disabilities.

”I was Formally a Man For Almost 25yrs, Nothing To Show For It”- Bobrisky Explains…