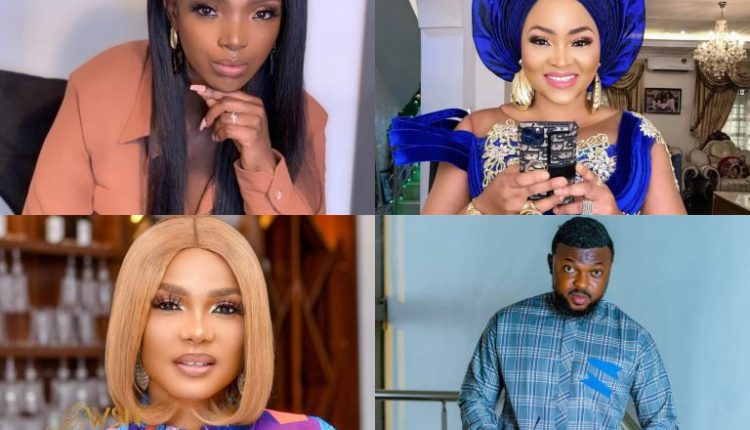 The obsession with celebrity children is a new phenomenon that kicked off with the help of the media and the internet. With this in mind, kids of celebrities make headlines with anything they do. The celebrity status of their parents rubs off on them and most times, they use it as leverage to kick-start their own careers.

While some of the kids have started showing early signs of interest in the showbiz world, others bask in the stardom that comes with being a celebrity kid but stay away from being fully involved in the industry. So therefore in this article I will be sharing with you 10 Nigerian celebrities and their pretty kids.

The beautiful actress is a proud mother of three amazing and strikingly handsome boys.

Omosexy is a mother to four cool kids, whom she flaunts proudly on social media at every opportunity.

The funny and amazing actress is a super mum to two adorable kids who also run their world on social media.

The veteran and absolutely ageless actor is a cool dad to five beautiful kids and a grandpa too!

This gorgeous veteran actress is a great mother to two equally amazing children.

Nigerians Sign Petition Against Release of Baba Ijesha as…

The actress and entrepreneur is a mum to two beautiful and brilliant kids.

The veteran actress is a proud mum of one, and her daughter became a graduate a couple of months back.

The entrepreneur and husband to colleague Toyin Aimakhu already had a beautiful and grown-up daughter before having Ire with Toyin.

Nollywood actress Annie Macaulay has two kids namely Isabella and Olivia. She had those two kids after getting married to her long time boyfriend Nigerian musician 2Face Idibia.

Her daughter Isabella Idibia is the first child born in 2008. In 2014, Annie Macaulay gave birth again to her second child, Named Olivia Idibia. Interestingly, Isabella is already following in her mum’s footsteps as an actress with a role in Uche Jombo movie titled “Unconditional”.

Yoruba Actor, Director and Producer Kunle Afod has a daughter Serving in the US Airforce.

BABA IJESHA: This is war!