2022 Will Determine If Nigeria Will Need a Yoruba Presidency—Makinde 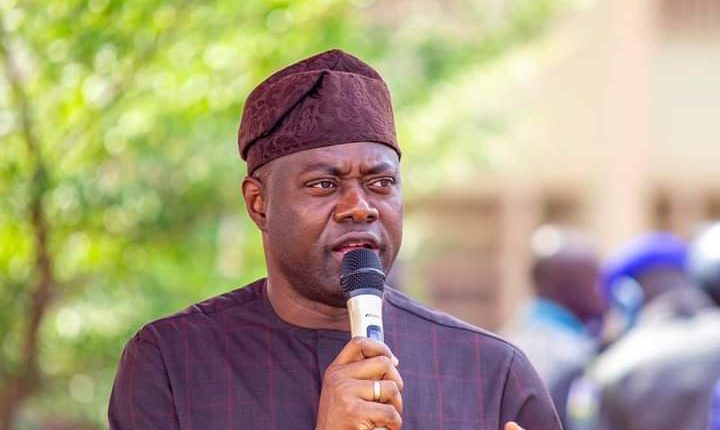 Oyo State Governor, Mr Seyi Makinde, has said Nigerians need adequate security and restructuring of the country more than who becomes the president in 2023.

The governor said politicians running around the country because of their presidential ambition would know better in 2022.

This was contained in a statement on Tuesday by his Chief Press Secretary, Taiwo Adisa.

Makinde was quoted to have spoken in Ibadan at the handover of 33 operational vehicles and 396 motorcycles to the Oyo State Security Agency popularly known as Operation Amotekun.

He had earlier given 25 vehicles to the police and Operation Burst to combat insecurity in the state.

He said everywhere in the country would be positively impacted if Nigeria was restructured.

He stressed that restructuring would make things work the way they should.

Makinde said, “I have heard some of our political leaders jostling around and saying they want to become the president of Nigeria in 2023.

“I think what we need at this stage is to secure our people and restructure Nigeria. It does not matter who is the president in Abuja. In a restructured Nigeria, every corner of the country will feel the impact of government. That is what we need.

Although he did not mention Asiwaju Bola Tinubu, the All Progressives Congress leader has been travelling to some parts of the country while his foot soldiers have been going round to solicit support for his presidential ambition.

Makinde lauded Amotekun, saying the impact of the security agency was being felt all over the state.

“If we cannot get state police now, this country will get there, I am sure. We have community policing, but we need to do better than that. But, in the absence of the state police, we have our own Amotekun Corps and the operatives are doing very well.

“I’ll like to say to the Amotekun corps that I am really proud of you. When we came into government on May 29, 2019, there was no Amotekun corps but, today, your impact is being felt by all of us, ” he added.

The chairman of Amotekun in the state, Kunle Togun, said the governor had equipped the security agency very well.

The Commandant of the Amotekn Corps, Col. Olayinka Olayanju (retd), said the corps would do everything possible “to stem the tide of rising security challenges, particularly during this festive period.”