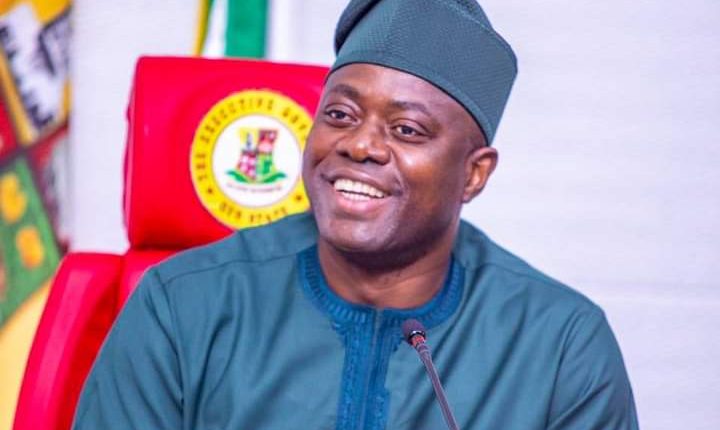 Against the backdrop of a speculation and insinuation report published on a media outlet on the subject of non-existing and imaginary loggerhead between the Governor Seyi Makinde and the Oyo Assembly Members , which according to the media outlet was caused by the unilateral and legislative action of sanctioning, through indefinite suspension of Local Government and Local Council Development Areas’ Caretaker Chairmen for their inability to submit the report of the equipment at their disposal on a specified date, we want to unequivocally state that this needless adventure of fake report is a figment of hyperactive imagination designed by Media ‘inksmen’ who pimped on rumours to promote media/ Political acceptations.

This fact-finding, however, revealed that such Information is farther from truth by providing a more insightful, reliable and proven Information on the matter.

On the need to keep the public enlightened on this issue, and to look critically into this non-credible report with focus on upholding the sanctity of the media profession, we conducted an insider Investigation into the alleged rift.

In contrary, findings shown that the rumour is nothing fall short of strong underlying Political subterfuge designed to discredit and water-down the robust relationship that has been existing between the two independent arms, and to produce a springboard for the opposition party to leverage on.

Confirmed reports from three anonymous honourable members who snuggled with the Speaker during the purpoted snubbing of calls provided reliable resource to substantiate our findings.

These honourable members, who spoke on separate occasions, made us reliable informed on the issue. According to them, the Speaker had made several unsuccessfully attempts to reached out to the Governor through phone calls, but he ( the Governor), who was at a function at that said time couldn’t pick up calls made to his phones because of the noisy backgrounds. The Speaker then took a thoughtful step of sending a text message to the Governor.

Fortunately, the Governor replied his message on time. What’s the content of the Speaker’s text message? According to eyewitness accounts, the Speaker had, through the text, informed the Governor of the intended decision of the Parliamentarians towards the dereliction of duties and gross insubordination on the part of the 13 Caretaker Chairmen.

The Governor, who as a democrat , respect the rudiments of democratic practices and understands the basic principles of separation of power, wouldn’t interfere, nor made any needless fraction into the legislative purview and duties gave his consent. His response could mean that the Parliamentarians have the right to perform oversight functions and ensure that all erring officials are held responsible and accountable for their actions.

” He was infuriated with them. He was caught unawares. He expressed displeasure with the actions, that he was indirectly slighted. He said he should be resting after the efforts he put in to curtail the EndSARS agitation in the state, adding that if what happened in Lagos had happened in Oyo State, a state of emergency might have been declared. He had explained that suspending them is like indicting him indirectly,”.

But, we need to query further how will the information that have been widely disseminated to the concerned individuals will caught the Governor unawares. Or, why will such action infuriate the Governor, who had earlier charged the Caretakers to be up-and-doing in the discharge of the mandate given to them? He would probably be glad because such action will serve as deterrent to the remaining Caretakers, helping them see the need to hit the ground running, which would be a plus to Seyi Makinde-led administration.

BREAKING: Three Suspects In Police Custody Over Attack On…

It was also reported that Governor is miffed by the Assembly Members’ decision not sanctioning the recent agricultural loan request made by him to the Assembly.

“Recently, Ogundoyin, who has been allowing the executive to have its ways since he was made speaker, was said to have recently turned down bid by Makinde to seek another N2 billion agricultural loan. This newspaper understands that there have been public outcry, especially from the opposition All Progressives Congress, APC, over the borrowing spree by Makinde”.

As at the last check, the state has sought approval to borrow close to N150 billion in 18 months.”

Often times, we ignorantly allow our minds to be fecund ground where politicians can display their Politricks.

At first, the issue of loan is not non-issue to bother about. As a matter of fact, it is unimaginably to believe that the Assembly members will refuse to sanction the request of their indirect Principal. Nor will such action cause disaffection or animosity between them.

Secondly, to the best of my knowledge, the current Parliamentarians have approved close to 180b naira loans less than two years of this administration. How much is N2b then? It is childish glee to believe that such subject of loans’ approval can cause disaffection or animosity between the Governor and the Parliamentarians.

In case you need further proof, maybe we need to put to recall that this set of parliamentarians have profiled to be set of Political rookies and neonates whose job is to act only as an appendage of the executives. So, they needed to display some kinds of Politricks to show the masses that they are not armpited. That’s if there’s rancor anyway!
But, we are double sure that the causes of the delay in loan’s approval would have been discussed, or tabled before the Governor in one of their unofficial hangouts.

In fact, there are more reasons to believe that the loan’s terms and conditions will be tabled and possibly approved at the next plenary.

On a final note, it’s worth restating that the purpose of this fact finding report is neither an attempt to fawn any Political figure nor to discredit any media effort, but a way of sifting right from wrong in order to ensure that members of the public are reliably informed.