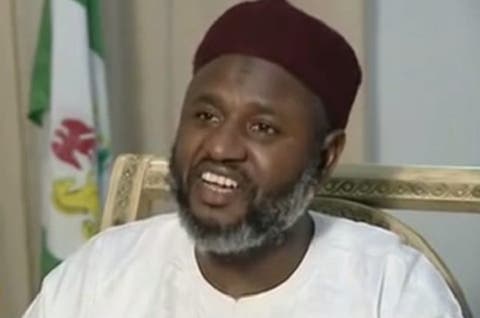 TWO-TERM Zamfara State governor and chieftain of the All Progressives Congress (APC), Senator Sani Ahmad Yerima has said that there was no agreement, written or otherwise

amongst foundation members of the ruling party for zoning of the presidential ticket or other elective offices in the country.

The former Zamfara State governor made this remark on the heels of comment by former Lagos State governor and incumbent Minister of Works and Housing, Babatunde Raji Fashola that ahead the next general elections, political leaders should honour gentleman agreement, in their respective platforms.

Speaking with newsmen in Abuja, Senator Yerima who had since declared his interest in the 2023 presidency said there was no agreement on zoning.

The former minority leader and chieftain of the defunct, All Nigerians People’s Party (ANPP), one of the parties that merged to form the APC said he was privy to all the meetings held to form the erstwhile main opposition party and zoning of presidency was never an issue.

Yerima challenged chieftains of the party with contrary evidence to bring it to the public domain.

He said, “You see, I don’t think there is anything like agreement. You can ask Mr President, he led the group, Asiwaju was there, I was part of it, there was no meeting I didn’t attend or any meeting that I attended that there is such agreement.

“As a democrat, as a citizen of Nigeria, I can aspire based on the laws of Nigeria. The Nigerian Constitution has given rights and privilege to every citizen which believes he has something to offer to aspire for any office, irrespective of his state of origin, his tribe, ethnicity, religion; you have right, the Constitution has given us guarantee to participate in the political process.”

Asked if it would be proper to allow another chieftain of the party from President Buhari not West geopolitical zone to succeed him, the former Zamfara State governor insisted that nothing in the Nigerian Constitution preclude or declared him ineligible to seek the exalted office after President Buhari.

On the pervasive farmers/herders clashes across states in the country, Senator Yerima advised that government must be determined to implement existing laws in the statutes, without fear or favour.

He maintained that strict adherence to rules would inspire mutual confidence amongst the ethnic groups in the country.