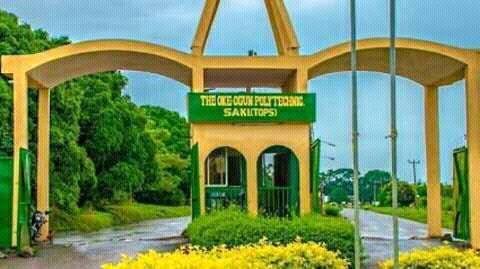 The Oke-Ogun Polytechnic, Saki (TOPS) chapter of the Academic Staff Union of Polytechnics (ASUP) has passed a vote of no confidence on the Acting Rector of the institution, ESV. K.O. Ogunmola.

The Oke-Ogun Polytechnic ASUP made this known in a letter titled “Vote of No Confidence on Acting Rector, ESV. K.O Ogunmola”, signed by its Chairman, Comrade George Abiodun Olaleye, and Secretary, Lawrence Oluwasanmi Ajiboye, and addressed to Chairman of the Governing Council of the institution.

In the letter with reference number ASUP/TOPS/ GS/0011, dated 16th December, 2020, the academic staff union declared that it has no iota of trust and confidence in the ability and competence of the Acting Rector.

The union took this decision at its emergency congress held on 16th December, 2020, to critically discuss issues affecting the smooth running of the institution and welfare of its staff.

The Oke-Ogun Polytechnic ASUP maintained that the decision became necessary after fruitless efforts to reasonably and amicably engage the Acting Rector.

The letter reads in part: “The Union has been magnanimous and reasonable in engaging the Acting Rector, ESV. K.O. Ogunmola on one-on-one correspondence and in written correspondence, all to no avail. It is in the light of these developments that the Union has taken the inevitable decision that she has no confidence in the ability and competence of ESV. K.O. Ogunmola to continue to steer the affairs of the fledging institution.

“In addition, Platinum, the consultant for Oyo State Government came to the institution for staff auditing, where the three unions – ASUP, SSANIP and NASU – engaged him. Platinum alleged them (Acting Rector and Acting Bursar) of incompetence and insensitivity, but they could not respond to all the allegations levelled against them by Platinum.

“It will also be recalled that the Union had written the Acting Rector on 25th November, 2020, where he promised to communicate the Union in black and white. The promised was not honoured and most of the issues raised in the correspondence were not addressed.”