Amotekun a profit or a loss?—Com. Omole Ayobami .J 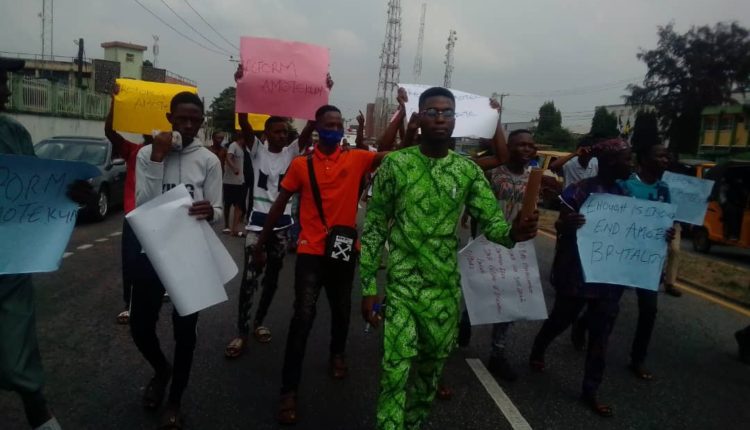 “Insecurity kills all that is beautiful”

Amotekun is a security network established on the 9th Of January, 2020 with the sole aim to fight the issue of insecurity in the South Western part of Nigeria and also to assist the police and other security agencies to combat crime, terrorism, banditry and also to settle disputes between farmers and herdsmen.

The lingering questions on everyone’s mind is if the establishment of this security network turns out to be a loss or a profit to her citizens? If the organization has been more effective and productive or the other way round?

Friday 18th of December 2020 will forever be a date that all within and outside the student jurisdiction will never forget over the wrong killing of a fellow student, Gbadebo Kolade Abiodun who happens to be a 400level student of the University Of Ibadan Affiliated with Federal College Of Education (SPECIAL), Oyo. He was shot at Sabo junction Oyo town.

Immediately after it came to the notice of the National Association Of Nigerian Students NANS JCC Oyo Axis Chairman COM. Oluwafumibi Mayowa Opakunle and some other students leaders they started engaging the security network to know what transpired and possibly a way-forward. It was learnt that despite being diplomatic with the process the organization tried coming in between the investigation to intimidate and forcefully putting an end to it which is barbaric and disheartening.

It was also learnt about another victim of the network that was brutalised and manhandled in Oyo town without committing any offence.

The motto of the organization is “zero tolerance to crime” but is this really reckoned with when dealing with her citizens?

With these and many other wrongdoings by the security network everyone will agree that the network needs to be reformed or betterstill disbanded for the main time. Moreso, the recruitment process should be properly monitored and each personnel needs to be adequately scrutinized before been recruited to avoid future occurrence.

Amotekun which in English means Leopard, lives in the bush and hunts for prey but reversal is this case with the Western Nigeria Security Network, her citizens are now the preys and they are being hunted which is uncalled for.

This organization needs to be properly checked before balancing to avoid unnecessary troubles, to clear people’s doubt about the organization and most importantly not to give her citizens the reasons to take laws into their hands.

Makinde Is an Accidental Governor,Very Petty and Immature, A Betrayed Of Trust—Funmilayo Ogun