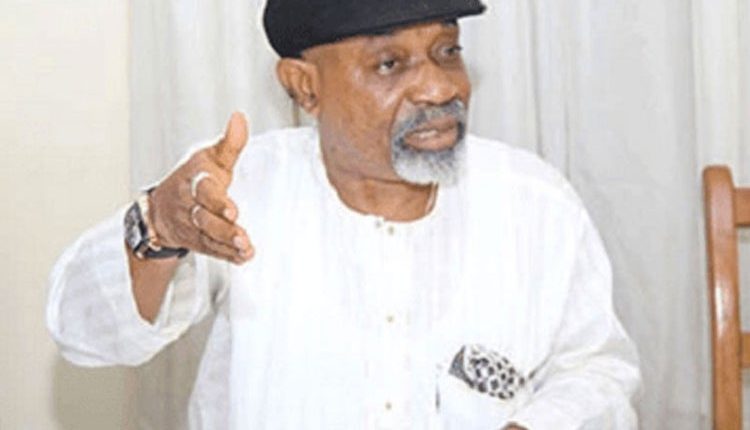 Minister of Labour and Employment, Dr Chris Ngige, has promised that he will not allow another long Academic Staffs Union of Universities (ASUU) strike.

The union announced the suspension of the 9-month old industrial action at a press conference held Wednesday morning in Abuja.

ASUU President, Professor Biodun Ogunyemi, who led other National Executive Committee of the union to the event where he made the announcement, explained that the suspension takes effect from today, Wednesday 23, 2020.

The decision to suspend the action, according to Ogunyemi, followed the resolution to that effect by NEC at its meeting held earlier.

The minister during his appearance at Channels TV, revealed his children are also in Nigerian public universities hence the reason why he won’t allow such to repeat himself again.

”I won’t give ASUU opportunity to go on strike again. I would not because I have three biological children who suffered from the lingering strike. I also have about fifteen people who are on my scholarship in Nigerian universities. My three biological children are here in Nigerian universities even though two of them have American citizenship, and can go to America to enjoy free education. I am committed, even more than some of the ASUU members.” he said

Amotekun a profit or a loss?—Com. Omole Ayobami .J