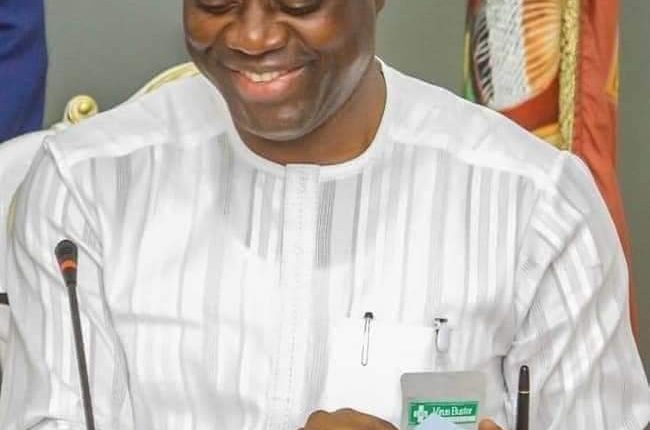 The executive Governor of Oyo State, Eng. Oluseyi Abiodun Makinde has urged the citizens and residents of oyo state to observe all Covid-19 guidelines for safe celebration.

The Governor in his Yuletide message wishes all the people of oyo state a merry christmas and prosperous new year, he further laid emphasis on the importance of staying safe during this period of a deadly virus which is fast spreading and had taken over the entire world.

While it’s important to celebrate time, its more important to live a healthy live, by Putting on a nose mask, washing your hand regularly and maintaining social distance, this is also a part of the Governors #OwnYourAction campaign against the virus.

However, it’s a double celebration for the people of oyo state, as they celebrate the birth of christ, so are they celebrating the 53rd birthday of the Governor, Eng. Seyi Makinde.

The Governor who clocked 53 on friday 25th December, has received congratulatory message from various Numéro uno in the political space both within and outside Oyo state.

The Chief of Staff to the Governor, Chief Oyebisi Ilaka, had earlier today taken to his official facebook handle to wish the governor, in his words, he described the governor as a trailblazer who has steadied the ship of governance and raised it’s standard across board, He further hinted on the fact that governor seyi makinde had made Oyo state a template on which good governance is now accessed in Nigeria.

Meanwhile, it would be recalled that the Governor while presenting the 2021 budget had said he’ll be celebrating the Yuletide and his birthday in saki while he use the opportunity to access developmental projects within the region.