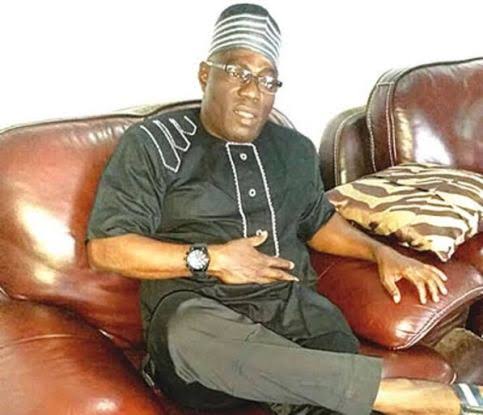 The immediate elder brother to the Oyo State Governor Engr Seyi Makinde, Chief Muyiwa Makinde has revealed what might be the long last lingering issues between the governor and the PDP chieftain Alhaji Adebisi Olopoeniyan.

Olopoeniyan a chieftain and a pillar of the people’s Democratic party in Oyo state was quoted by the elder brother to Oyo State Governor chief Muyiwa Makinde, how he vowed to work against the emergence of the Governor in 2019 gubernatorial election in an interview on Lagelu FM

The claim by the Ibadan chief is in tandem with the position of Governor Makinde’s Commissioner for Local Government and Chieftaincy Matters, Bayo Lawal who had described Olopoeyan as an overrated politician.

Oyo LG Polls: We Consulted Your Party Ahead, You Bluntly…

When asked to comment on the crisis rocking the PDP in the Southwest and the leadership tussle between Governor Makinde and former Governor of Ekiti State, Ayodele Fayose, the Governor’s elder brother noted that the crisis will be resolved soon.

Recall Eleka doubled as Commissioner for Education in Ekiti State in which Ekiti took first position in two consecutive years in 2016 and 2017 National Examination Council (NECO). That feat could have been responsible for the appointment of Eleka by Governor Makinde.

”I was Formally a Man For Almost 25yrs, Nothing To Show For It”- Bobrisky Explains Why She Abandoned His Male Gender

Adeleke Is A Vulture Who Eats From Dead Bodies—PDP Group Speaks Tough, Ask Party Elders To Call Him To Order