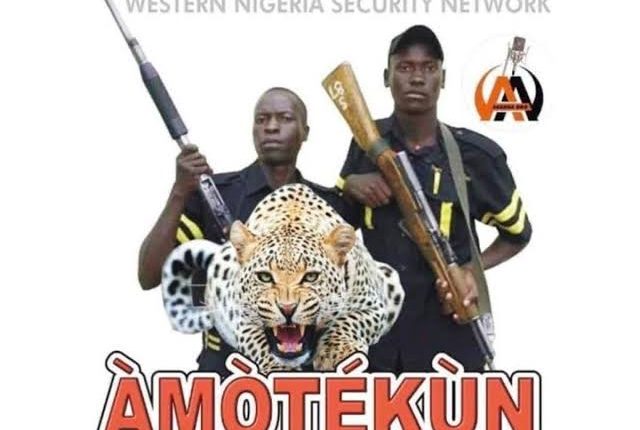 The Western Nigeria Security Network, codenamed Amotekun said it “neutralised” a suspected leader of armed robbery gang and arrested three others who have been terrorising residents of Ijawaya village on Ogbomoso-Oyo Road.

The State Commandant of Amotekun, Col. Olayinka Olayanju (rtd), further stated that Ijawaya village had become a danger zone as a result of incessant attacks by the robbers.

Olayanju stated that, “Ijawaya Village, on the Ogbomoso/Oyo, has been a dark spot as numerous travellers had been robbed there at nights.”

“At the joint patrol of Amotekun Corps, Oyo Zone, yesternight, this man was apprehended with the help of the villagers who led us to the robbers’ hide-out. He has been handed over to the police”.

Todaysplash.com gathered that the gang of robbers had been a serious menace to the people living in that area.

2023 PRESIDENCY: No Agreement to Surrender ticket to South…

How Diran Odeyemi Got Contract From Makinde And Sold…

A source from the security outfit said they had been despatched to forests which are flashpoints of Fulanis herders so as to check their deadly attacks.

In a similar development, Col. Olayinka Olayanju (rtd) said that his operatives had an encounter with a three-man robbery gang and neutralised its leader.

Other members of the gang, he said, were handed over to the Atiba Police Station in Oyo town

“At about 0040hrs ( past 12midnight), a mobile patrol team of “Amotekun operatives from Oyo East and Atiba Local Government Areas ran into an illegal roadblock mounted around Sabo area in Oyo town, opposite old Isale Oyo Community Bank along Oyo–Ogbomosho expressway.

“While the team was attempting to clear the barricade to facilitate smooth passage for interstate commercial vehicles plying the road, a group of armed men suspected to be robbers fired at the Amotekun Operatives and a gun duel ensued.”

In the process, one of the robbers nicknamed Akin Sarz was neutralized and two other gang members were arrested at the scene with a locally made pistol with cartridges”.