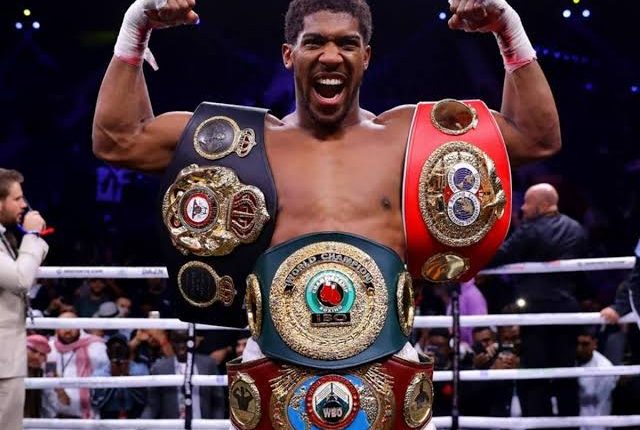 A former super-middleweight world champ Carl Froch has opine that Anthony Joshua can only beat Tyson Fury by KO.

Both heavyweight champions are said to have ‘verbally agreed’ an undisputed title clash by 2021.

Froch who retired in 2014 after back-to-back KO’s of big Brit rival George Groves, isn’t ruling out a stunning stoppage win for Joshua.

Speaking to Sky Sports the 43-year-old said: “I think the only way that Anthony Joshua can win this fight is by stoppage.

“He can’t outbox Fury, who is too good at range. He throws punches from all angles and he’s so awkward.

“But Joshua is an Olympic gold medallist with strong fundamentals and he’s got combination punches with real aggression.

“If he produces the same finishing instinct that he’s shown in past fights, then he can beat Fury.

“AJ can get him out of there, I think he can, because you saw bursts of his aggression in the Kubrat Pulev fight.

“If AJ maintains that, there’s a chance he could stop him, but the problem is, if he doesn’t stop Fury then he’s going to lose on points.”