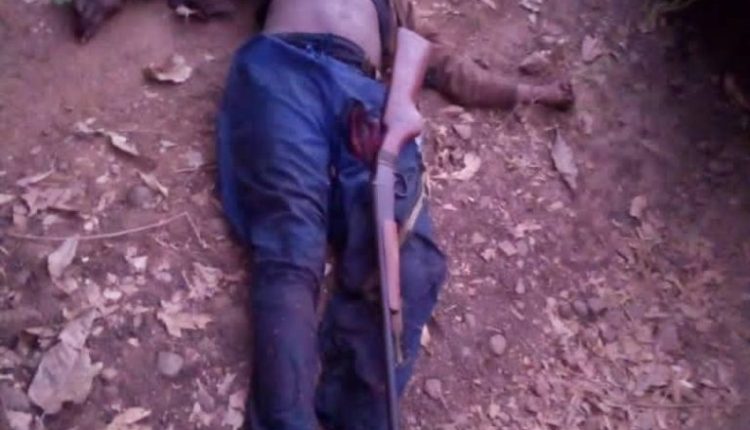 Reports reaching from Oyo State Amotekun Corps yesterday 29/12/2020, at exactly 4:00pm, A case of robberies at ALENIBORO area in ward 6 in ATISBO local govt which involves four Men in number ( bororos) operating with guns in their hands.

While on their devilish operation, the Vigilantee Group of Nigeria (VGN) and some of Amotekun Corps officers attack them. At the attack when exchanging fire with the robbers, the VGN men shot one of them dead while 3 escaped.

Therefore, the Amotekun Corps send a signal to there Zonal Commander, Which immediately arrived and carry away the corps, during the investigation with people that they attacked, It was gathered that they collected #20,000 and phones from them.

They were asked if anyone can identify the dead in that area, but no one know him.

In the meantime, the deceased was taken to Tede police station.
The police officer in charge took the necessary records from the Amotekun Corps, follow them down to Tunmise clinic and maternity center mortuary Saki to drop the dead body.