Oyo Govt. Goes Tough On Roadside Traders,Ordere Them To Vacate In 7 Days or Face Sanction 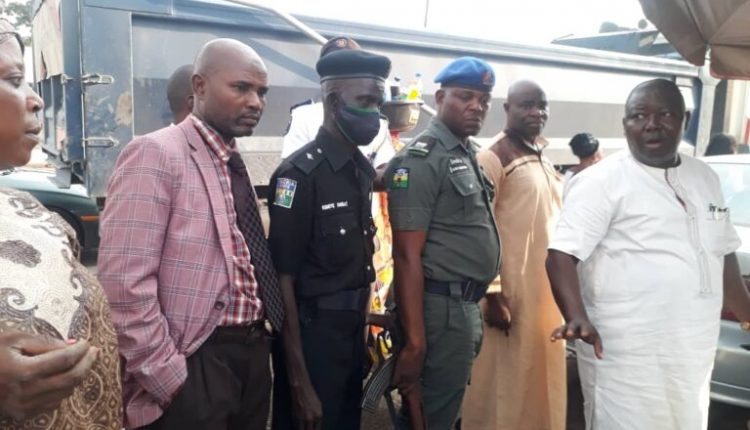 The Oyo state government through the ministry of environment and natural resources has sound a note of warning to the roadside hawker to vacate the road in seven day or they’ll jave themselves to blame.

The directive which take effect from tuesday 5th january is to last the 12th, trader have been urged to take advantage of this period to move their valuable goods from the roadside and get a more befiting place for their business

The Commissioner, Ministry of Environment and Natural Resources, Dr. Abdulateef Idowu Oyeleke gave the directive on behalf of the State Government while sensitizing the road side traders yesterday at Molete under bridge, Challenge, Ringroad and Eleyele market in Ibadan, reiterating that the present administration has zero tolerance for street trading, because of the hazards associated with the act.

Hon. Idowu decried the environmental nuisance constituted by the road side traders by displaying their wares on the roadside, an act which he said was at the detriment of the safety of the traders and buyers.

There have been reports of trailers and other vehicles losing control and killing roadside traders within Ibadan metropolis and other parts of Oyo State.

The government also emphasized the clean and green initiative which he maintained should be embraced by all and sundry so as to add aesthetics on many of the major roads and also to check traffic gridlock, caused by street traders.

The Commissioner said the State governor has fulfilled his promise not to rid the major roads around markets in Oyo State of street traders until alternative spaces and shops were created for them, which according to him has been done at the Scout Camp Neighborhood market among others.

“It would be recalled that Governor Seyi Makinde had earlier stated that provisions would be made for street traders before disengaging them from the streets.

“To that effect, the Scout Camp Neighborhood market have been made available for the traders to occupy free of charge this year, while they will also be enjoying the essential amenities in the market such as the generating plant, Bore hole water supply and security of the market,” he added.

Dr. Oyeleke further said that traders should visit the Ministry of Trade for proper allocation of the shops.

He hinted that it has become an offence for anybody to sell on the roadside starting from next week, as anyone caught would face the wrath of the law.