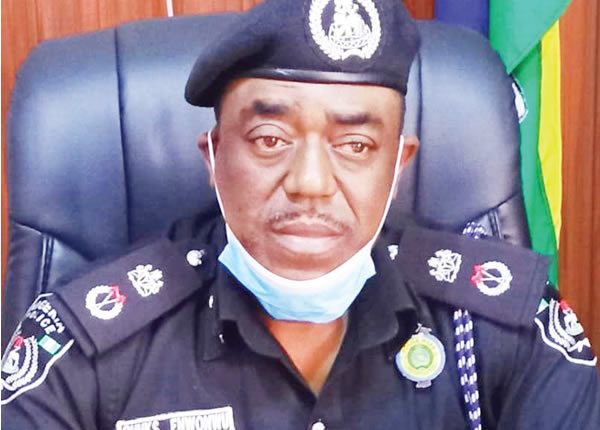 As cases of insecurity continue to grow across Oyo state, the State Police Command has raised an alarm over the possession of firearms by hoodlums.

The statement read, “It has come to the attention of the Commissioner of Police, Oyo State Command, CP Joe Nwachukwu Enwonwu, psc the rate at which firearms are being owned and used at liberty without license or authorization by some persons as against the executive order of his Excellency the Commander-In-Chief of the Armed Forces and President of the Federal Republic of Nigeria, Muhammadu Buhari, GCFR signed on May 22nd, 2019, with effect from June 1st 2019, revoking the right of private individuals’ licenses on firearms or short guns in Nigeria, calling for submission to the nearest Police Station across the length and breadth of the nation without the exception of Oyo State.

“In the same vein, the CP has viewed the violation with grave dismay as unscrupulous elements in the society have taken the liberty of masterminding inter-gang clashes towards looting and conducting other social vices, powered by the unlawful possession of fire arms.
“In the interest of the State and the peace of all and sundry, the CP wishes to urge the good people of Oyo State not to hesitate to assist the Police in bringing such elements to book vis-a-vis the sharing of timely, concise and accurate information about any unauthorized person(s) or group of persons found in possession of firearms.

“The CP wishes to state emphatically that the bulk of this load of correction and restoration of sanity lies in the hands of parents/guardians, stakeholders, religious leaders, leaders of thought and all in a position of influence.

“He, therefore, enjoined that all hands must be on deck towards the education of youths and wards alike in the various spheres of influence eschewing them to shun such dastardly act gradually turning the State in the opposite direction of peace and progress.

“While extending warm wishes for the New Year, the Commissioner of Police wishes to inform the law-abiding people of the State that measures have been put in place to ensure that the menace of ‘Jungle Justice’ is nipped in the bud and beyond these, strategic developments have been put in place to ensure the protection of life and order is at its peak, as officers and men have been motivated and encouraged to stand up to the effective discharge of their duties.