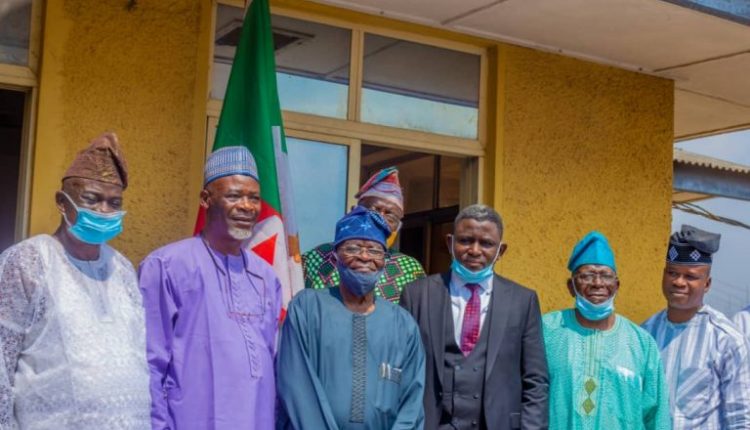 Members of the Oyo State Independent Electoral Committee led by Isiaka Olagunju on Thursday paid a visit to the secretariat of the All Progressives Congress in Oyo State.

In a statement to announce the details of the meeting, the party’s Publicity Secretary, Mr. Azeez Olatunde noted that OYSIEC maintains it will provide a level playing field for all political parties at the local government polls in the state.

“In his mission statement, the Chairman of OYO OYSIEC, Aare Abiola Olagunju informed APC Oyo State that upon inauguration by Gov SEYI Makinde, his OYSIEC visited INEC, where they were given Names of 18 Political Parties that operates in Oyo State.

“The OYSIEC Boss solicit for the cooperation of APC in order to deliver FREE, FAIR AND CREDIBLE LG Election.

“Finally, the OYSIEC Chairman informed that APC is the 17th Political Party they would be visiting.

“In his response, the Caretaker Chairman of APC in OYO STATE, Chief Akin Oke thanked the 8 Man OYSIEC team for their visitation.

“Chief Akin Oke also used the opportunity to Congratulate Aare Abiola Olagunju, for his new award of Senior Advocate of Nigeria(SAN) and wish him well in his Legal Profession and other life endeavours.

“APC Caretaker Chairman, Chief Akin Oke said the assignment entrusted to the OYSIEC Board is about DEMOCRACY AND RULE OF LAW,which would be the basis of OYO STATE APC relationship with them.

“Infact OYSIEC BOARD also emphasized DEMOCRACY AND THE RULES OF LAW should be the yardstick for which OYO APC and the public at large should judge them.

“Oyo APC Caretaker Chairman, Chief Akin Oke said that is the legacy with which Posterity will judge the OYSIEC team, which is what OYO APC stands for.