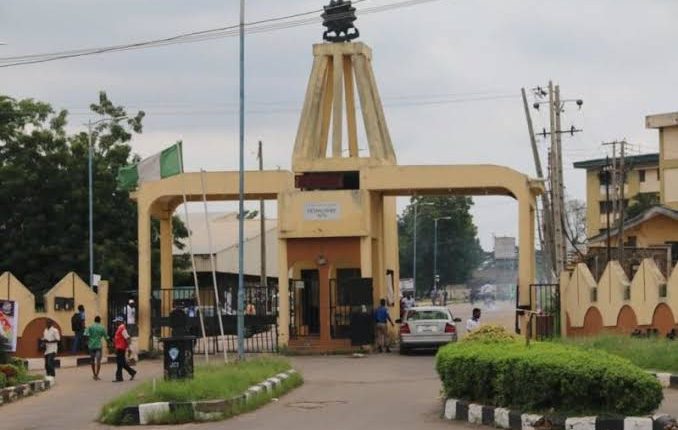 The Polytechnic, Ibadan (TPI) was agog on Thursday with Members of the Community, Staff Groups, Associations, Unions, Clubs, Students and other Well wishers flooded the Social Media celebrating the birthday of the Rector, Professor Kazeem Adekunle ADEBIYI.

The Rector who was caught unaware by the non physical celebration noted that he was not used to celebrating his birthday publicly and with fanfare was however pleasantly surprised and grateful to the various bodies for supporting him with prayers and positive wishes on his birthday.

He particularly expressed appreciation to the Chairman of TPI Governing Council, Professor Kunle Akinyemi, Members of the Governing Council as well as other individuals within and outside of TPI for their calls and best wishes.

The Senior Staff Club, the Senior Staff Association, the Non Academic Staff Union, the Junior Chamber International, the Press Club, the Students’ Union Executives, Members of the Management, other Staff, Individuals and Friends took to celebrating the unassuming Professor of Mechanical Engineering on their WhatsApp and Facebook pages where they poured encomiums on him.

The 130-year-old Bible Biden has been using for his…

Professor Adebiyi was praised for his respect for all individuals and groups and his firm and honest approach to issues affecting groups and individuals as well as his management acumen.

One of the Senior Staff in his comment particularly noted that if not for the intervention of the Rector when he suffered an ailment recently, he probably would have been dead and forgotten by now.

Without any physical gathering as a result of the rampaging COVID-19 protocols which forbids physical gathering and the position of the Management of TPI in observing the protocols to the letter, TPI community still managed to celebrate and showcase the Rector who started his academic sojourn at the Mechanical Engineering Department of TPI before proceeding to the Federal University of Technology, Akure and the University of Ibadan for further academic laurels.

Professor Adebiyi who is presently on secondment from the Ladoke Akintola University of Technology, Ogbomoso to TPI as Rector had held several positions of responsibilities in that institution ranging from Head of Department to Dean of Faculty and a brief spell as Vice Chancellor in acting capacity.