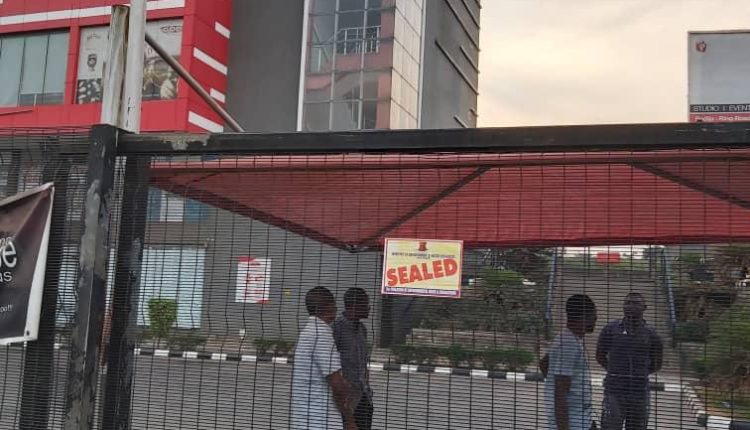 The Hon. Commissioner for Oyo State Ministry of Environment, Barr. Idowu Adeleke have ordered the seal of Ventura Mall on alleged violation of environmental laws

According to eyewitness account from the mall officials, the premises was sealed to enforce environmental laws.

Igboho: Some Yoruba Leaders Are Co-conspirators On…

Why Many Traditional Rulers Are Afraid Of Government –…

The mall was accused of indiscriminate disposal of  “raw liquid waste water to public drain.” which  is hazardous to the environment

When asked what raw liquid waste means, a top official of the ministry told this newspaper: “Raw liquid waste water is an untreated waste from sewage tank discharged to the public drain.”