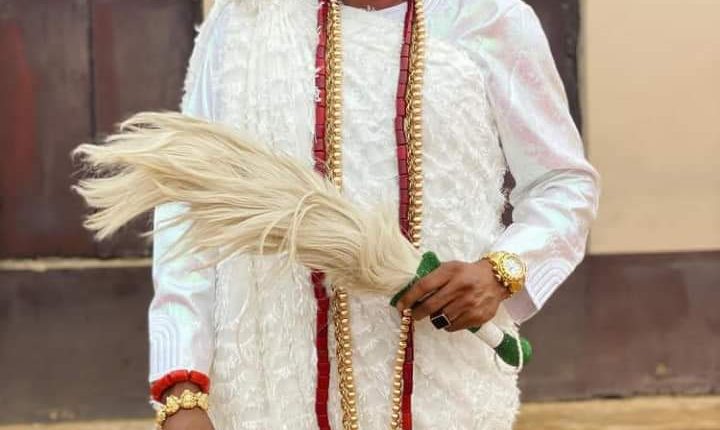 Movie star, Hassan Omogoriola has been installed as the new king of Uba Kingdom., in Uba land.

The actor who also doubles as a producer in tge Nigerian movie industry has taken to his social media handles to spread the good news.

The actor had previously been installed as a king-elect of the land but a recently confirmed as the original heir to the throne by the oracle of the land.

The new monarch appreciates his friends, families and the king makers of Uba kingdom for the support and love he received during the selection process.

Oba Omogoriola stated that “The office of an Ọba in Yoruba land is an hereditary office that is maintained by Royal families, but in order to be the one that is confirmed as an Ọba the chief priest and the town elders would perform an IFA consultation to confirm if they have the right person because many use influence and money to attain this sacred office.

“I am elated that when the Uba Imobi kingdom’s IFA priests and the elders performed my Ọba consultation, IFA responded at the first throwing of the kola-nut that I am the right person for the Ọba’s office (The Olu of Uba Land Imobi Kingdom). I am grateful to IFA and the creator for permitting me to be the chosen Ọba for my people. My sincere gratitude to my family, friends, and fans for your prayers, support, and well-wishes.”8

The Mysterious Story Of How Orisabunmi, Elder Brother And Younger Sister Died Within Five Days.