The Mysterious Story Of How Orisabunmi, Elder Brother And Younger Sister Died Within Five Days. 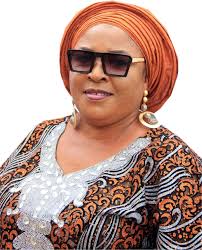 The family of Foluke Aremu popularly know as Orisabunmi on stage, a veteran Yoruba actress have been thrown into deep sorrow as they loose three of their children within a week.

Orisabunmi who was reported to have taken her last breath on Tuesday 5th january was hospitalised for an undisclosed ailment for just two days before she gave up to the ghost.

Just about some hours down to her sister’s demise, the elder brother to Orisabunmi, A technical Director of the Kwara State Basketball falcons Club was also rushed to the hospital and also died on Wednesday 6th of january.

Coach Steve Onisola was said to be a pillar of the team as he has seen the team metamorphosed to division one of the league  over a period, he was a board member of the kwara state basketball association.

He died at 71 while his younger sister Orisabunmi died at 60.

Meanwhile, On saturday another saddening and equally mysterious news broke out about the death of a younger sister to both Orisabunmi and Coach Steve  Mrs. Janet Ademila, who happened to be the last child of the family also passed on.

Mrs Janet who spoke with PUNCH NG while mourning her sister on tuesday said  “The death of my elder sister, Mrs Folake Aremu, is very painful because of what she stood for in our lives as family members. She was very friendly and caring; she never left her siblings untended. We are pained because she stood in as a good mother for all of us.
“ the last child of the family, she took very good care of me. We were very close and used to each other. She gave her best to ensure that I was well catered for. She was a selfless fellow. She was very humane and she persevered a lot. She would not underrate anyone.”

This mystery hace not yet been explained by anyone as this recurrent death have thrown the family into deep fear of who’s next and the cause of the mysterious death.

Myself And My Household Got COVID-19 Through Paul– Jude Okoye