All outstanding promotions since 2017 will be effected in 2021-Gsm. 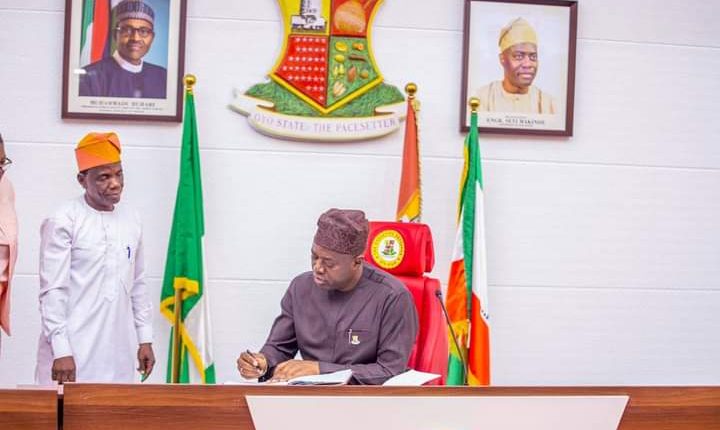 The executive governor of oyo state, Engr. Seyi Makinde have promised civil servants in the state to be rest assured that all that are due for promotion since 2017 will be effected.

While speaking at an interdenominational thanks giving service held at the secretariat made this declaration while addressing civil servants in the state.

At the service were all labor leaders in the state and dignitaries in the government we’re in attendance.

However, while speaking, the labor leaders enjoin the civil servants and public servants to imbibe the system of reciprocity in their doing, as the governor is doing it’s best to give the best to the civil servant, they should also not betray the government trust on them and put in their best in discharging their duties.

The governor also charged the workers on self examination and self discipline in their doings.