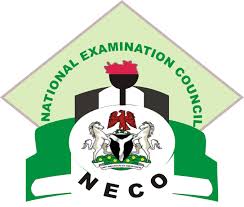 The National Examinations Council (NECO) has released the result of it’s 2020 internal senior school certificate exam (SSCE) with about two percent increase in the number of students that made fiver credit, compared to the previous year.

The exam which was cut short at some point during the #Endsars protest was able to meet up to it schedule for release of result.

The Registrar, Professor Godswill Obioma, announced these at the NECO Headquarters in Minna.

Obioma said that 1,102,041 candidates passed at credit and above level.

The result, according to Obioma, showed that 894,101 candidates out of the 1,209,992 that sat for the examination scored credit and above in English and Mathematics.

Meanwhile, the Council also delists 12 schools for their involvement in mass cheating and whole school cases of malpractice.

He said the schools delisted schools include four schools in Adamawa, two in kaduna, two in Kastina, Two in Niger, one in Taraba and one in FCT.

He said that 24 supervisors were blacklisted for various offences ranging from poor supervision, aiding and abetting, connivance with non candidates to write answers on chalkboards. (The Nation)