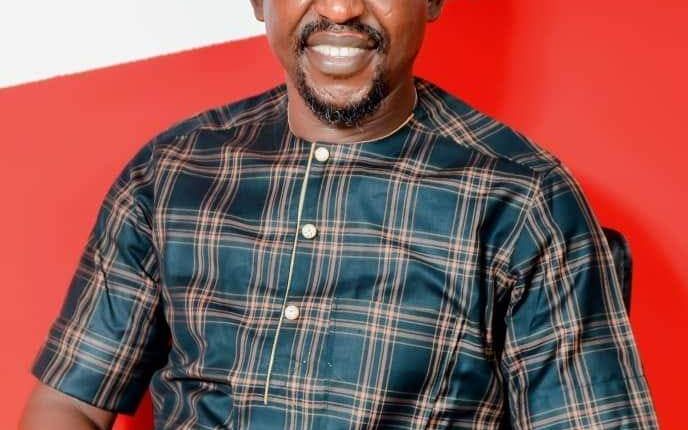 The spokesman of the People’s Democratic Party in oyo state, Engr. Akeem Olatunji have alleged the oppositions of instigating applicant of the Teaching Service Commission Job to conduct a protest over the delayed issuance of appointment letter.

The statement was made in reaction to rumors spreading via  various social media platforms that applicants are planning to hold a protest against the delay.

Fielding questions from Aanuoluwapo Omorinde on BOTTOM LINE – a political programme on IBR 92.5fm Ibadan today monitored by OYOINSIGHT.COM, the PDP Spokesman who admitted that the Chairman of TESCOM, Pastor Akinade Alamu has the authority to speak on the subject matter, fingered the main opposition party in the State as the brain behind the plot.

“I am a party person, I speak on behalf of the party and not the government so actually, the TESCOM Chairman, Pastor Akin Alamu should be the one to respond to that but from my own lay man view because if I don’t say anything, some people may tag it something else but under normal something it is not my responsibility but for the fact that Governor Seyi Makinde runs an open door policy, he is very very transparent, that is why we can get credible informacion. So, he has nothing to hide likewise the Chairman of TESCOM, Pastor Akin Alamu, he has nothing to hide.

“This is not an adhoc job, it is a permanent employment so, if somebody has been unemployed maybe for fourteen years and he is now asked to wait for a month or two, I don’t think that is a big deal. There are processes. It is when you are given letter of appointment that you are engaged. That they shortlisted you does not mean that you have been employed”.

2023 Campaign Posters Are The Handwork Of Mischief…

“Let me tell you something, they have not been employed so, if anyone embark on such a protest, he should just consider himself out. If anybody engage in such, it shows that the person is not even fit to be employed. I can say it anywhere, such a person is not fit”.

“Patience is a virtue. It is a provisional something but someone to say he now wants to protest because of that, definitely anybody that participate in such is not fit to be considered. Patience matters because you don’t know what is going on and the delay is to the benefit of those to be employed. It is for their own benefit. Renovation is going on. Infact very soon, about twenty-six thousand furnitures will be delivered in schools. This is a government that immediately it engage you or employ you, it makes sure that you don’t suffer anything, you don’t lack anything. Your salaries will be paid as at when due likewise your entitlement. You will be treated the way normal human beings supposed to be treated. The way Governor Seyi Makinde is treating the workers is the way he believes others will treat him if he falls in that situation so, when you are now having that kind of a person, you need to encourage him. You don’t need to be harrasing him. I believe no reasonable successful Applicant will ever do that but you know all these APC, they are trying to politicize”.

When asked why he dragging the APC, he said “I am saying it for everybody to hear. When someone said he is engaging you not that he has engaged you, you need to understand that he is having some things to sort out and immediately those things are sorted out, what next? We don’t want to employ people that will not be reasonable as well. We all have to be reasonable. Governance involves everybody. The Civil Servants, they play pivotal role and that is why I must commend the Civil Servants of Oyo State for their support for this administration because they have been very reasonable so, whoever that is coming in must copy the existing civil Servants in Oyo State”.

When asked of how soon the Successful Applicants will be given the employment letters he declined comment saying only the TESCOM Chairman can answer the question. He however assured those who have been shortlisted adding that they should count themselves lucky.

“Governor Seyi Makinde is a man of his words. Those people that have been shortlisted should consider themselves employed in principle. They suppose to appreciate because a government was there when they were in the labour market not getting anything to do.
He submiited that APC lacks the structure to criticize PDP in Oyo State saying “the APC is not keeping us on our feet. Is this the kind of opposition we give to them at the center? He retorted.