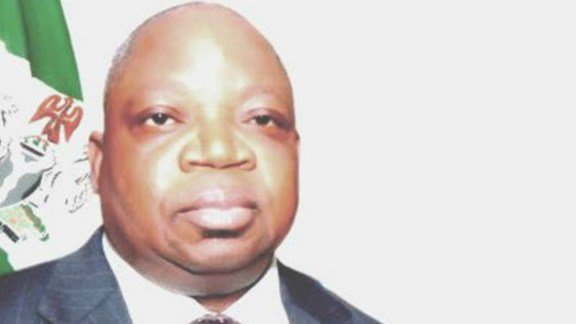 Mr. Jonah Ogunwuyi Otunla, A former Accountant General of the federation (AGF), owner of Ventura mall had refunded the sum of #6.3bn to federal government to avoid prosecution.

The Irawo born was the accountant general of the federation between 2011 and 2015.According to the Nation newspaper, Otunla returned N6,392,000,000.00.Details of the deals leading to the refunds are contained in documents Otunla filed in court to back up the suits they instituted against the Economic and Financial Crimes Commission (EFCC) and the Independent Corrupt Practices and other related offences Commission (ICPC).In the suits, he queried the decision of the anti-graft agencies to insist on prosecuting them on corruption charges after they were told to make refunds in lieu of prosecution. Otunla claimed that the now suspended acting Chairman of the EFCC, Ibrahim Magu, promised him that he would not be prosecuted, should he return funds traced to him, companies linked to him, and his associates.He stated that sometime in 2015, he was invited by a team of EFCC investigators, probing alleged diversion of funds from the Office of the National Security Adviser (ONSA) and the Power Holding Company of Nigeria (PHCN) pension funds.Otunla said he met with Magu in the course of the investigation, when the then acting EFCC chair told him to “refund the monies linked to your companies and nobody will prosecute you.”He said based on Magu’s promise, he had a reconciliatory meeting with the
Accountant general of federationJonah ogunwuyi otunlaTodaysplash NewsVentura mall
Share FacebookTwitterWhatsAppTelegramGoogle+