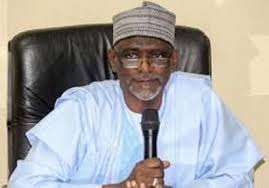 The federal government has approved a bill seeking the extension of retirement age for teachers from 60 years to 65years.

The Federal Executive Council (FEC) which was presided by President Muhammad Buhari on wednesday made the approval during it’s first meeting of the year approved the bill titled “Harmonized Retirement Age for Teachers Bill 2021.

The bill is expected to be sent to the National Assembly for its consideration and possible approval.

Also, the bill seeks to give legal backing to new measures by the current administration to enhance the teaching profession in the country.

When approved by the lawmakers, the retirement age of teachers will move from 60 years to 65 while the years of service will also move from 35 to 40.

The Minister of Education, Adamu Adamu, who disclosed this to correspondents at the end of the council meeting.

The minister said some highlights of the bill include the introduction of bursary award, special rural posting allowances and other measures to attract the best brains to the profession.