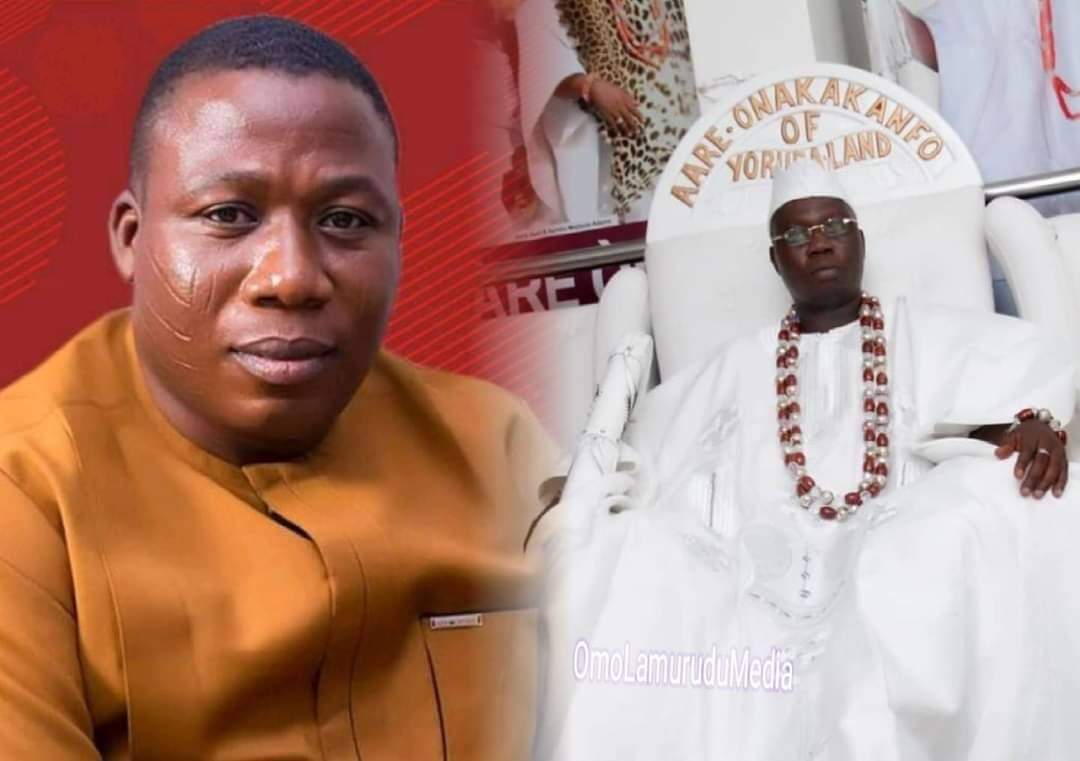 Popular socio-ethnic right activist Chief Sunday Igboho has claimed he has the support of Chief Gani Adams, The Aare Ona Kakanfo of Yoruba land in his issuance of seven days ultimatum to fulani herdsmen and the friday deadline still intact

The activist had earlier on last friday seen in a viral video angrily issuing a seven days ultimatum to all fulani herdsmen that have been terrorising the Ibarapa/Oke-ogun axis of Oyo state.

During a live interview which was posted on Isokan Omo Yoruba Tv, Igboho dared Saliu Seriki of Fulanis to remain in Ibarapa if he had anything that was still not clear to anyone.

Answering questions on the support he had received to isssue a quit notice to the Fulanis in the Ibarapa region, he said. ”We are chasing Saliu Seriki from Ibarapa region to tell him that everyone in the Country has his own territory.

“The Fulanis have become giants obstacles on our land. This is what can never happen in the North. A whole doctor who came all the way from Germany was slain on his farmland.

”Alhaja Subawah from Imeko who built a filling station in Ibarapa was killled in her station. Our ladies are being raped while herdsmen countinue to kidnap our fathers and mothers for ransom.

”If the political and traditional rulers in Yoruba land are happy about all these attacks, I dare Saliu Seriki to wait for us on Friday.

“They are threating us with Muhammadu Buhari. We will know the true owner of Yoruba land on Friday.” Igboho Said