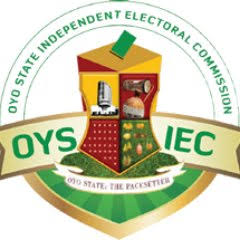 Local Govt. Elections Time-Table Would Be Out In Two Weeks– OYSIEC BOSS

The Oyo State Independent Electoral Commission (OYSIEC) Boss, AareIsiaka Olagunju have revealed that the much anticipated local government elections would be held before june 2021, as all preparations are in place and the elections time-table would be released to political parties in two weeks time.

The chairman made this statement while featuring on a radio program in Ibadan, the state capital.

Olagunju emphaised on the fact that the mandate given to the commission to conduct a free fair and credible election for 33 local governments in the state will be upheld.

He said, in OYSIEC efforts to assure people of state a credible local government election, they had visited 16 out of the 18 registered political parties in the state to discuss and give their assurance to provide a credible election, opined that, one of the 18 did not gave a feedback on their request to visit their party office and will soon visit the only remaining political party ( SDP ) yet to be visited.

While assuring political parties and people of the state that, OYSIEC will conduct the election as promised, he said the election timetable will be release in the next two weeks.

He also said the state electoral commission will conduct the election into the 33 local government area of Oyo state before June, 2021.

When asked how OYSIEC planned to handle the election results, Olagunju said all results will be released at the Wards before sending to OYSIEC office, added that even if a ballot box got snatched, it will not affect the result of the votes counted.

He also said, OYSIEC will not use Card Readers for the election. Olagunju explained that, the commission will make use of list of registered voters ( provided by INEC ) in the state for the upcoming local government election.

” When it time, we will release names of the registered voters, will be pasted in all the polling units for people to confirm before the election day. Olagunju, OYSIEC chairman added.