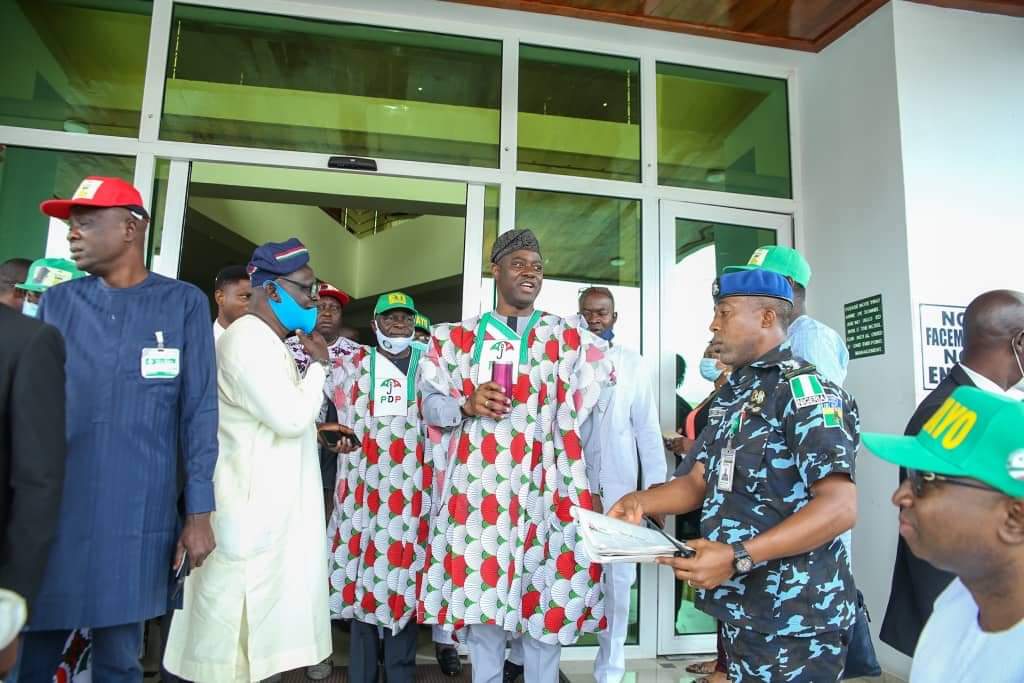 Makinde Should Be Wary Of Ant Infested Woods In His Bid To Gain Allies, Group Warns Against OGD Return To PDP

A pro-youth group of the People’s Democratic Party  (PDP Youth Congress) have served the note of warning to tye governor of oyo state, Engr. Seyi Makinde to be cautious of tye kind of people he invites to tye party in his bid to gain loyalists in rhe party.

The group described tye firmer governor of ogun state, who was recently visited by Seyi makinde and the southwest reconciliation committee members as a traitor who should not been seen again in the democratic fold.

According to its Convener, Comrade Oluwole Durojaiye, youths in the South-West PDP will not sit back and allow Governor Makinde to bring ants infested woods into the party just because he wants new political allies who will be ready to lick his anus.

“It is on record that despite being the Director General of the Atiku presidential campaign, Gbenga Daniel did not even wait for official reaction to the election results by the PDP and Alhaji Atiku Abubakar before dumping the party.

“The question is, would Otunba Gbenga Daniel have dumped the PDP as he did in 2019 if Atiku had won the presidential election?

“The youths, who told Governor Makinde to thread cautiously in his quest to sustain his rebellion against established positions of the PDP National Working Committee (NWC) and National Executive Council (NEC), reminded him that PDP crises in Ogun State and by extension the South-West started under Gbenga Daniel in 2011.

“As far as we are concerned, Gbenga Daniel acted like a mole during the election and it was actions of traitors like him that cost PDP that election.

“Most importantly, as at today, all his right hand men are in APC. Many of them are even appointees of the APC government in the State. Presently, his hotel in Abeokuta is where APC activities do hold and he was still in a meeting with Governor Dapo Abiodun few days ago.

“Also, Governor Makinde should go a step further by going to beg President Muhammadu Buhari’s son, Yusuf or Senator Bola Tinubu’s son, Seyi, to come to the PDP and lead the party at the national level so that it will be clearer that the party is now completely sold to the APC.”