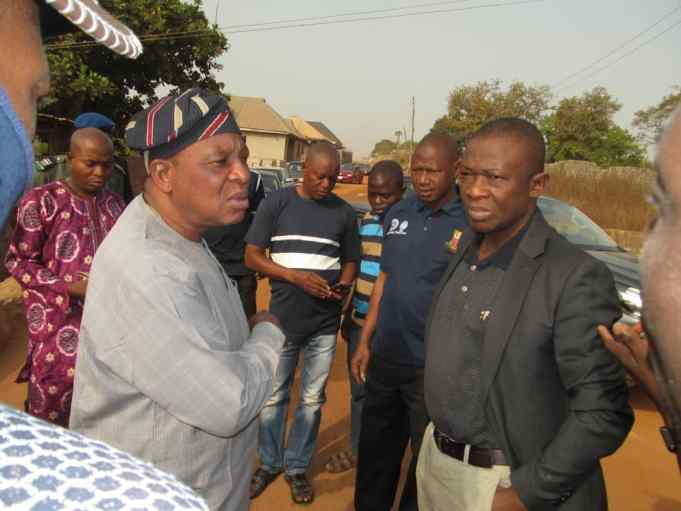 Oyo State Government has expressed its readiness to partner with Saki West Local Government, Were LCDA and Asabari LCDA on allocation of Land at the Saki Government Reserved Areas.

The Permanent Secretary, Ministry of Lands, Housing and Urban Development , Tpl. Ademola Ajibola while on an official visit to Government Reserved Areas (G.R.As) at OYSADEP, Komi and Temple Area all in Saki, said the State Governor, Engineer Seyi Makinde wanted developmental projects to commence at the local government areas, which called for the need to develop the G.R.As.

He noted that the three local council areas wrote the Ministry about their intention to collaborate with the State government on the need to allocate the lands at the GRA areas.

According to the Permanent Secretary, allocation of land at the Saki G.R.A would begin within the shortest period of time, while he added that some of the Lands had been encroached while some have been used as hideout by criminals.

He however advised that any allotee who is not ready for the development of the land should not show interest in buying, as government would revoke any land not put to use.

“The State government and the affected local government areas realized that the large expanse of undeveloped land at Saki GRA have been serving as hideout for hoodlums and also some part of it have been encroached by unknown individuals.

“Recall that the State Governor, Engineer Seyi Makinde was here last year, before he comes to visit this year, we want to make sure the GRA’s are already developed.

“The three Local Council Areas in Saki will collaborate with Ministry of Lands on the allocation process, my advise to allotees is that if you are not ready to develop your land, don’t apply for it, we want serious minded people who are ready to develop their Land to apply for our GRA,,” he said.

The Permanent Secretary and his team also visited Command Secondary School Challenge Area in Saki where he observed the School’s boundaries and promised a correct survey of the school land so as not to encroach on the government farmland in the area.

While responding, the outgoing Commandant of the school, Major O.W Ogunranti appreciated the State government for responding to their call on the issue of the school’s boundaries.

The Permanent Secretary was accompanied by Directors, Deputy Directors, Land officers, officers from the Bureau of Physical Planning as well as the Surveyor General.

Igboho Went Against Makinde’s Warning, Insists No Fulani Must Stay In Ibarapa Beyond Today