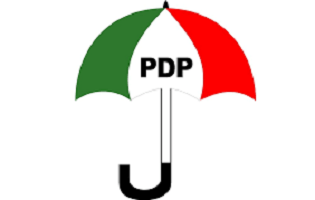 The National Working Committee of the Peoples Democratic Party has received approval from the party’s National Executive Committee to begin the registration/ revalidation of members of the party.

Sunday PUNCH gathered in Abuja, on Friday, that sequel to the approval, the Uche Secondus-led National Working Committee is putting finishing touches to the logistics required for the exercise which party insiders said would hold “on or before April, 2021.”

A member of the party’s NEC, who spoke on condition of anonymity because he was not authorised to speak to the media on the issue, said, “We are aware that similar exercises in the past generated a lot of interest and a lot of people were disenfranchised.

“This probably was because we were the party in power, a lot of mistakes were made and we are determined to correct them this time around.”

The party leader further said, “We are also aware of the existing issues in some of our state chapters which we have set up committees like the Bukola Saraki-led reconciliation committee to look into, we are confident that these committees will resolve these issues in time for us to go ahead with programmes lined up for this year.”

Another party source familiar with plans to hold the exercise who also confided in our correspondent said, “Although membership registration is usually an ongoing thing, we are working out some reforms in line with present day realities. We are going digital.

“The party is also taking into account the COVID-19 prevention protocols which require physical distancing, wearing of face masks, constant hand washing and the use of hand sanitizers all of these are being taken into account as we make preparations for the exercise. For now, the logistics are still being worked out to ensure a hitch free exercise.

“We have to resolve issues of setting up committees to handle the exercise which will be held nationwide. It is left for the NWC to guide us on modalities but we are almost good to go.”

When contacted, the National Publicity Secretary of the party, Kola Ologbindiyan confirmed the development.

He said, “It is true, our planned nationwide membership registration exercise will hold within this first quarter. Details of modalities, dates and committees will be made public when they are ready.

“The PDP as you know is an organised and procedural political party with several years of experience, we will set the example for others to follow. Just be patient.”