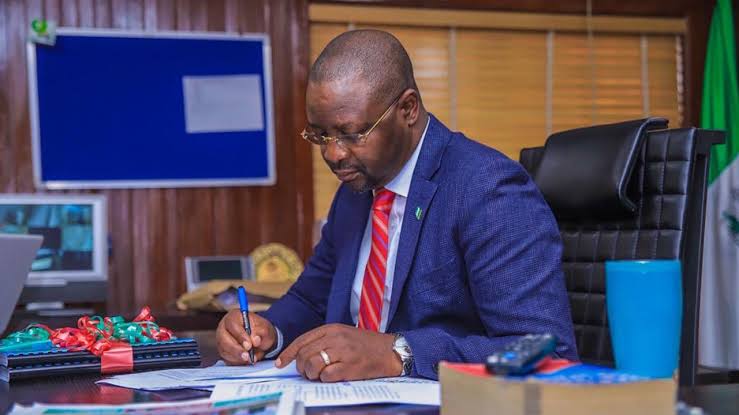 Hon. Sunday Dare, The Minister for Youth and Sport had accused the oyo state governor of oyo state, Engr. Seyi Makinde og acting with timidity and fear over thr recent clash between indigenes of the state and fulani herdsmen.

In a statement on Monday, Dare accused the governor of being scared to take a decision that would protect indigenes of his state from attacks.

The PUNCH reports that there had been a crisis in the Ibarapa area of the state over allegations that some Fulani were kidnapping, killing, and raping residents.

Dare urged the governor to seek help from states and non-state actors and stop “reacting out of fear that his political status is being damaged”.

Part of the statement titled, ‘Minister wants Makinde to be more decisive on security’, read, “For several months, citizens of Oyo state have watched with increasing concern as the security situation in our beloved state degenerated. Troubling accounts about killings, kidnappings, and herdsmen versus farmers conflicts abound.

Like all the people of Oyo State, I  expected the Governor Seyi Makinde of Oyo State to act prudently but with reasonable dispatch to quell the security situation before it got out of hand. We all waited for proactive steps and responses from the state authority certainly in vain.

“Governor Makinde seems to be paralysed by fear regarding this important security situation. This is the first serious test of his leadership of the state.

“Instead of tackling it, he has retreated. His policy has not been proactive enough to resolve the issues so that security of lives will be guaranteed and our people spared the mournings over dead ones. Instead, his policy has been to act as if nothing was happening in forlorn hope that all would simply go away as if it were a bad dream.”

“The worsening developments in the state in the area of security are a direct result of a temporizing fiddling leader. The Governor has paid more lip service to the issue of security instead of offering solutions or taking proactive steps to stem the attacks and chart the path of resolution. For this is a complex issue that requires political courage and vision to resolve.”