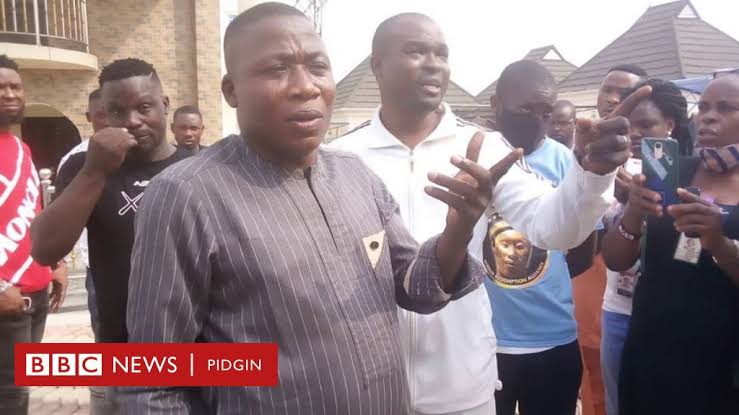 He said this on Tuesday in an Instagram Live Chat with a popular journalist, Dele Momodu.

Igboho had asked herdsmen in Ibarapa Local Government Area of Oyo State to leave within seven days, blaming the leadership of the Fulani for being behind the rising insecurity in the state.

At the expiration of his ultimatum, Igboho and his supporters reportedly stormed the Fulani settlement to eject those he described as “killer herdsmen”.

Later, there were reports that Igboho had been asked to become the head of the South-West security outfit.
But the activist rejected the offer, saying that he was only interested in driving killer Fulani out of Yorubaland.

He warned against the politicisation of his fight against kidnapping and killings by suspected Fulani in South-West.
When asked if he would accept the offer to become Amotekun’s head, Igboho said, “I won’t be tired until I achieve my goal of sending criminal Fulani out of Yorubaland.

“I am not interested in becoming the head of Amotekun. I am not doing. I am not a hunter or a security expert. What kind of embarrassment is that (the offer)?
“Nobody should try to induce me with any position. That is not what I want. I am asking them (governors) to send all killer herdsmen out of our land. That is what I want.”

Igboho also denied having any rift with the Aareonakakanfo of Yorubaland, Gani Adams, saying, “He (Adams) is aware of our steps. We are updating him. You can see that he spoke in our support of our struggle. He has vowed to resist any attack against us.”

DETAILED: What Transpired When I Visited Tinubu at Bourdillon –Sunday Igboho