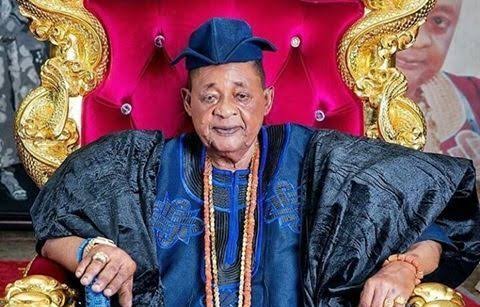 The Alaafin of Oyo, Oba Lamidi Olayiwola Adeyemi, who is also the permanent chairman of the Oyo State Council of Obas and Chiefs, has stated that some traditional rulers in the state are afraid of government while some flow with the tide, adding that few are bold to stand by their convictions.

Oba Adeyemi who made this assertion while speaking during the church service to commemorate the 60th celebration of the Onpetu of Ijeru land, Oba Sunday Oladapo Oyediran in Ogbomoso, explained that as a leader, he is privileged to know all the members and what they stand for.

Alaafin who led about 40 other traditional rulers to the ceremony stated that as the head of the Council of Obas, he can divide Obas in the state into three categories; those that are afraid of government and therefore unable to speak the truth, those that are neither here nor there and flow with the tide and those that are bold to stand by their convictions and some of whom are militant in nature.

“In the Council of Obas, we are divided into three; those that fear the government, those that fluctuate like the barber’s chair and those of us that are bold, which Oba Oyediran is one of us. When there is a meeting, we get there early and scrutinise the agenda; we have those that are militants among this group, they are the one we push forward to talk and when I stand with those that fear and are always in support of government, they tell me not to involve myself in the conversation, that is the work they are sent,” Alaafin stated.

Oba Adeyemi further likened the Onpetu to himself, describing him as a bold and truthful gentle man. “God has blessed Oba Oyediran with boldness, he is truthful and knowledgeable. If someone is close to me like this and we have not fought since we have been together, he is a gentleman and a well breed individual, he is like me. I know the ministers have said a lot about him but that is how much they know, they do not know him like we do.

“He is the one that keeps our money and he does something that I take as him playing a smart game; whenever we are to contribute money for any project, he ensures my own is higher, more than double what he tells others to pay and when I ask, he asks me why I am the leader if I don’t want to sacrifice more. If we are to share money, he will divide and still tell me that I will only taker half and when I ask for the reason, he tells me when we have a project and we have no money, it’s the half of the money that he’s not giving me that we will use.

“He is organised and understands how to relate with the elderly. We usually have disagreements in the council but I thank him because he is knowledgeable and he constantly reminds me that the elderly must not be angry, he is the one that can put me in check. What usually cause issues is that anytime he has a chance to talk, he talks about Jesus and I wonder if Jesus is part of what we are saying. I then bang the table that his time is up but he never gets annoyed. He beliefs in his faith, he is a man of his own conviction.

“He is brilliant and we have never fought. I know I am trouble even to myself, so if someone relates with me that level and we never fought, I respect him. This kind of person is useful to the society, ministers here should continue praying that he doesn’t change from who he is, he is born to be great and he will be a great person. He doesn’t eat anyhow and is not a greedy person. He helped to bring innovation into the affairs of the council and is hard working. I don’t seat long at ceremonies but because of the love I have for him, I have been here since,” Alaafin stated.

It was indeed a parade of royalty as Yoruba Obas from far and wide converged in Ogbomoso to celebrate with Oba Oyediran, who they all described as a man to have in one’s corner.