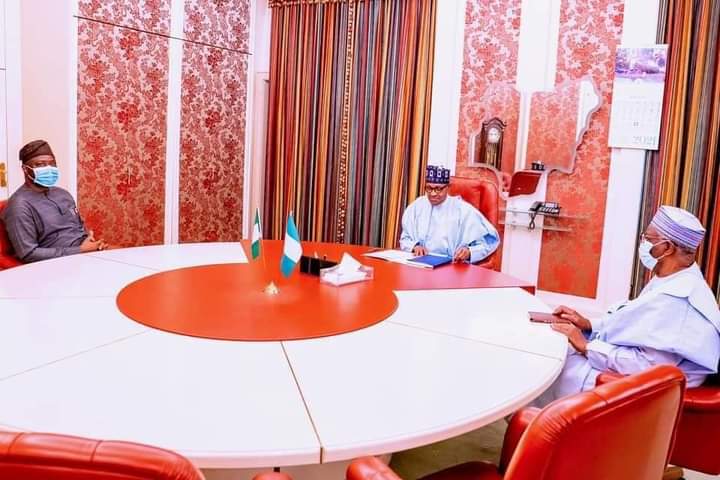 What I discussed With President Buhari At Aso Rock— Makinde

Governor Seyi Makinde visited the Aso Rock on wednesday to see the president on critical issues affecting his state and the entire south west region.

The governor alongside his Ekiti state counterpart had been serious problem dealing with security due to herdsmen menace.

While briefing pressmen after the meeting, the governor said he sought the collaboration of the Federal Government to effectively tackle the security challenges in the state.

“This afternoon, I met with His Excellency, President Muhammadu Buhari to brief him on the security situation in Oyo State and seek collaborations required for some of our intended security plans to work effectively.

“I asked for greater synergy between the state and federal security agencies. Also, I requested collaboration with the Nigerian Immigration Service for proper documentation of foreign nationals working in mines in the state. Mr President promised to look into these issues.” He Added