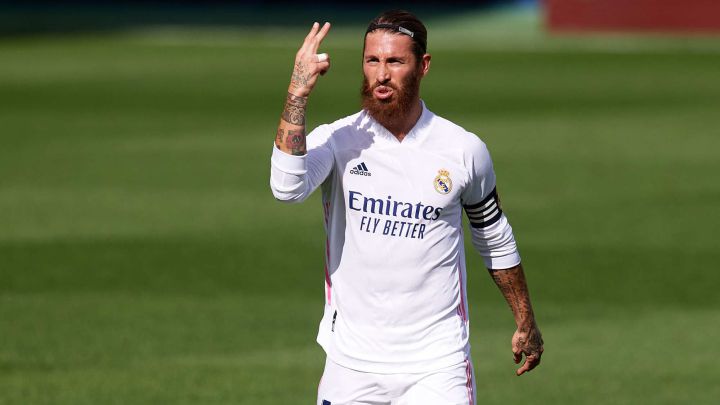 The Spain international’s time at the Bernabeu appears to be winding down, with the 34-year-old out of contract come the summer. And while Paris Saint-Germain have been linked, he appears to prefer a blockbuster move to the Premier League instead.

Manchester United wanted to sign Ramos in 2015 but, on that occasion, were rebuffed.

He ended up signing a new contract with the La Liga giants and, since then, has helped them win three more Champions League titles.

Ramos’ contract expires at the end of the season, however, and a move away from the Bernabeu is looking increasingly likely.

The La Liga giants, who have won five La Liga titles with the veteran in their ranks, are unwilling to meet his salary demands

And The Mirror say Ramos is keen on a move to United, having had the club endorsed to him by David Beckham.

Beckham reportedly told the Spain international all about the Red Devils while the duo were team-mates for two years in Spain, between 2005 and 2007.

And it seems as though United are now frontrunners in the race to sign the 2010 World Cup winner, who still remains one of the best centre-backs in world football.

The report says Ramos has moved out a move to Liverpool, despite the Reds’ determination to sign a new defender.

And a move to Manchester City is seen as unlikely, too, especially with the Citizens currently managed by Pep Guardiola.

Meanwhile, former United star Dimitar Berbatov has expressed a belief that Ramos would be a dream signing for Ole Gunnar Solskjaer’s side – despite approaching the twilight years of his career.