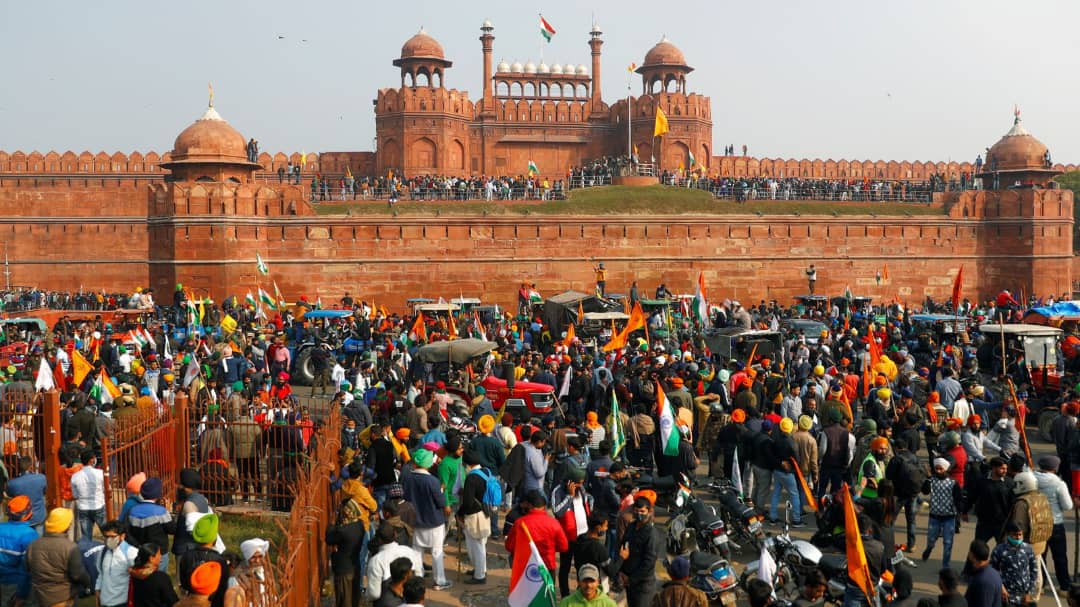 The decision to shut down the internet was said to “maintain public safety” which had commenced since 11:00pm on sunday

Indian authorities often block local internet services when they believe there will be unrest, although the move is unusual in the capital.
Protester Bhavesh Yadav said the government had turned off the internet in order to stop more people from gathering.

“This step has been taken by the government so that we can’t call more people to our aid, as people are increasing in number at this protest site,” he said.

“This is killing democracy. People’s rights are being subjugated. It’s our right to gather people in our assembly. However, the government is trying to suppress it by cutting the internet fearing that it will reach every nook and corner of the country.”

Farmers have been involved in more than two months of protests, which have become the biggest challenge to the government of Prime Minister Narendra Modi since coming to power in 2014.

The are demanding the withdrawal of laws passed by parliament last September which they say will favour large corporations and devastate the earnings of many farmers.
The government has offered to put the laws on hold for 18 months, but farmers say they will not end their protests for anything less than full repeal.

The protests have largely been peaceful but violence erupted on Tuesday, India’s Republic Day, when tens of thousands of farmers riding tractors and on foot stormed the historic Red Fort monument in the capital in a brief but shocking takeover.

Clashes between the protesters and government forces left one person dead and nearly 400 police injured.

Farmer leaders said this weekend’s hunger strike, which coincides with the anniversary of the death of independence leader Mahatma Gandhi, would reaffirm the peaceful nature of the protests.