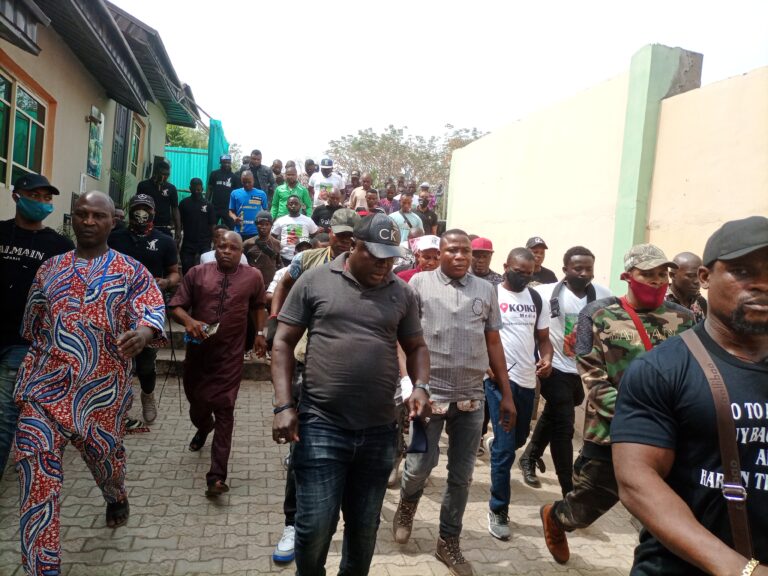 Igua, a community that have been suffering herders attack for several years was stormed by Sunday Igboho in his bid to flush fulani herdsmen out of the whole Yoruba land.

“They burnt the houses and that of Sarkin Fulani, Alhaji Adamu Oloru, located at Igua this [Monday] evening.

“We have been contacting the security agents, including the DSS, as we are aware that he is coming.

“We listened to the information on radio, we learnt that he was welcomed by the state government.

“We are helpless as we don’t have anybody to protect us.

“Many of our people are now scattered in the bush,” he said.

Alhaji Muhammadu Chede told our reporter that a Fulani herdsman, known as Jiji Danmawale, was killed in the process and his body burnt.

Chede is the victim’s elder brother, according to Daily Trust’s reporter.

“We are now at Randa in Abeokuta, we are making some arrangements to get his remains for burial,” he added.

Meanwhile, the Ogun State Commissioner of Police is currently having a peace meeting with the affected communities.

Egua is considered a troublesome area as it experiences Fulani Herdsmen/Farmers clashes every year during dry season.

This is because more herdsmen storm the area at this period for greener pastures to feed their cattle.

Sunday Igboho was in Abeokuta on Monday evening where he disclosed that he was being invited by the Ogun State government.

This claim has since been denied by the state government.

Igboho was also in some communities in Oyo State in January where he led the youth to chase away Fulani herdsmen while their belongings were destroyed.