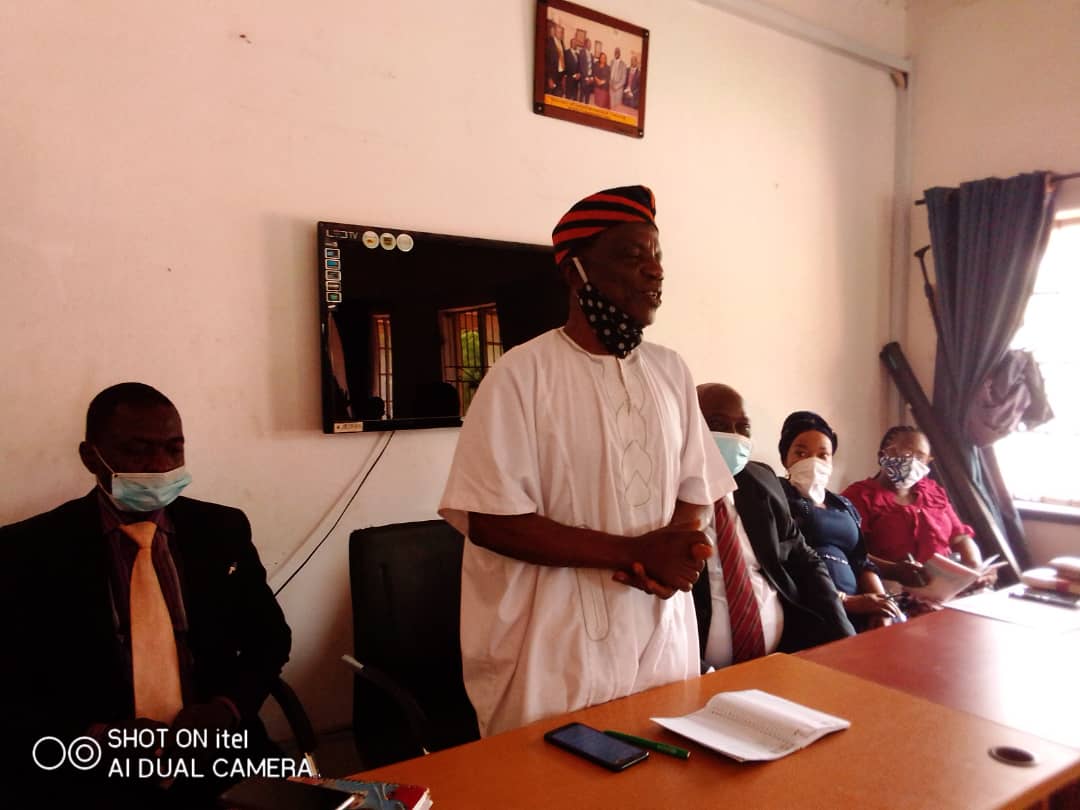 The Oyo state govdrnment once again hands cheque to 76 retirees for the month of August, 2013 at the Ministry’s Conference Hall in Ibadan, on Monday.

Presnting the cheque to the retirees, the Commissioner for Establishment and Training, Alh. Siju Lawal said the time of impunity is gone all retirees shall get their reward of dilligent service in due time.

Meanwhile, the government has also made indications to commence eletronic computation of pensioner’s data in the state, which is slate to commence soon.

It will be recalled that the pensioners in the state had lived under the pain of unpaid gratuities since year 2012 with many casualties recorded and an outstanding gratuity accruing to about N28bn.

The commissioner stated that as of May 2019 when the present administration in the state received the mantle of leadership, the state government inherited unpaid gratuity of about N28bn accruing from year 2012.

He stressed that the monthly release of N180m had helped to defray the year 2012 gratuity payment, disclosing that presently, the outstanding would continue to reduce.

Lawal further stated that the Ministry of Establishment and Training was preparing to formally put all information about retirees in an accessible electronic computation model as directed by Governor Seyi Makinde in a bid to avoid loss of files and to fast track the process.

He advised the beneficiaries of the gratuity to invest wisely, be prudent in spending and live peacefully, saying, “This is another day of joy to our retirees that are benefiting from this quarter’s payment of their gratuity.

“We believe that they have gained one thing or the other from the trainings given by the government on life after retirement and how to survive in investments and private businesses.

“As demanded by the governor to aid accountability, to avoid loss of vital data and to make the processing of documentation faster, we are starting electronic computation of the data soon.”

In their remarks, some of the beneficiaries expressed appreciation to the state government for its resolve and commitment, saying that it takes courage for any administration to make it a point of duty to pay off accumulated debts at a trying time like this when the economy is threatened by recession.

Mr Tijani Sikiru, who spoke on behalf of other pensioners, expressed the appreciations of his colleagues for the sense of responsibility by the administration in the state, stressing, “We are happy about the gestures of the governor in ensuring the payment of outstanding gratuity especially at this trying period in our national life.

“We are happy and we pray that the Governor Seyi Makinde-led administration will succeed in all its policies.”

JUST IN: Buhari Okays The Establishment Of Federal Polytechnic In Oyo State.