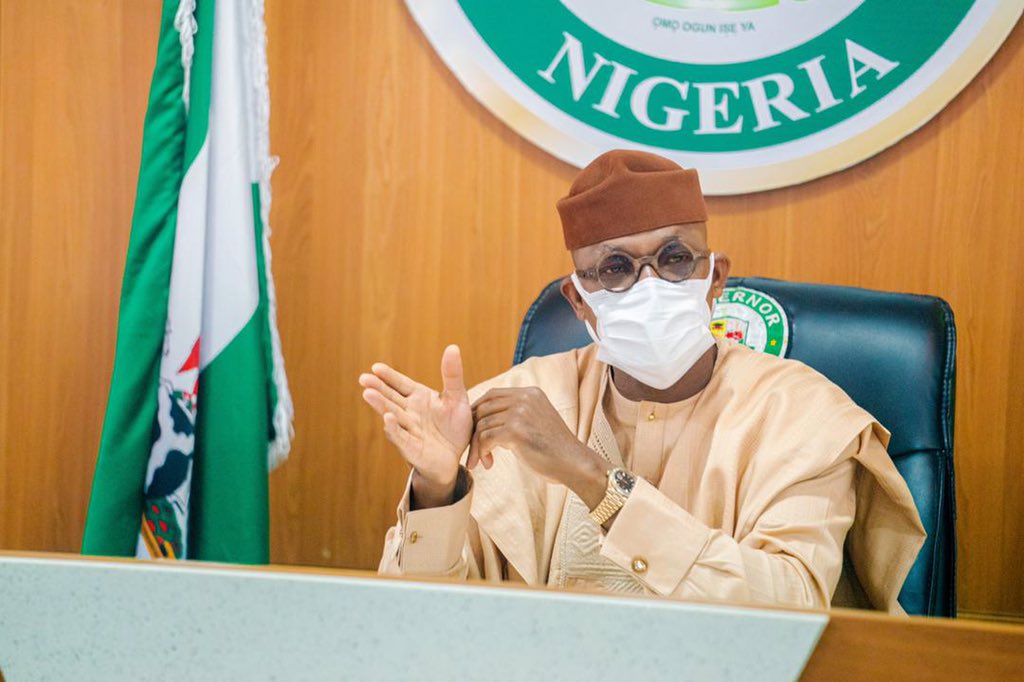 Ogun state government have cleared air on the purported invitation of the socio-ethnic right activist, Sunday Adeyemo Igboho and his subsequent visit to the state on monday 1 february, Saying they state never contracted the activist to  help fight the battle with fulani herdsmen in the state.

Sunday Igboho, who had earlier launched an attack on fulani herdsmen in Ibarapa axis of oyo state, had vowed to see Fulanis out of the entire yoruba land, saying they’ve caused enough atrocities and the yorubas can no longer accommodate them.

Sunday Igboho on his arrival to Ogun state on monday appreciated the state government for allowing him to help the people of ogun state in chasing the herdsmen from.every nooks and cronies of the state.

However, in a statement signed by the state commissioner for information and strategy, Hon. Waheed Odusile, said a news report relied upon to the effect that Igboho was invited to fight crimes in the state was quoted out of context as such misleading and regrettable.

A Special Adviser to the Governor on Public Communication, Remmy Hazzan, had be quoted that Igboho would be welcomed in Ogun State as part of stakeholders fighting crimes and criminality in the State.

“In the interview, Hon Hazzan had said that the state government, in its usual inclusive approach to governance, would continue to work with all the stakeholders, both within and outside the state, to ensure security of lives and properties.
“Sadly, however, this statement was disingeniously twisted to mean that the State had invited Mr. Adeyemo to help curb insecurity. This is regrettable and totally misleading.”

Igboho, while speaking with journalists upon his arrival in the State had thanked the Govenrnor for allowing him to come to the State and chase away the killer herdsmen from the State.

He said, “Let’s thank God and the Governor of Ogun State. The Governor has demonstrated love for his people, if he doesn’t love the people of Ogun State, he wouldn’t have allowed us to face the killer Fulani herdsmen.

“It was the Governor himself that said ‘enough is enough’ because his people are being killed, and that is the reason why we are in Ogun State today.”

However, the Government has added that it will continue to engage the stakeholders towards not making the state conducive for any group or individual that undermines the peace, security and social wellbeing of the State.

It said the Government has directed the security agencies to be unrelenting in swiftly apprehending and bringing to justice any perpetrator of crimes and criminalities in the state.

Speaking upon his arrival at Ita Oshin area of Abeokuta enroute Yewaland, Igboho insisted that herdsmen who engage in killing and kidnapping must vacate the region for peace to reign.

“We observed there is an injustice from the herdsmen because they are closed to the FG. Any Fulani herdsman who engages in kidnapping should be flushed out.

“Not only Igangan, but we are also going to visit all Yorubaland. I am going to Yewa because that is where the Fulani are wreaking havoc.

Makinde Declares War on Kidnappers, Criminals In Ibarapa And Oke-ogun.