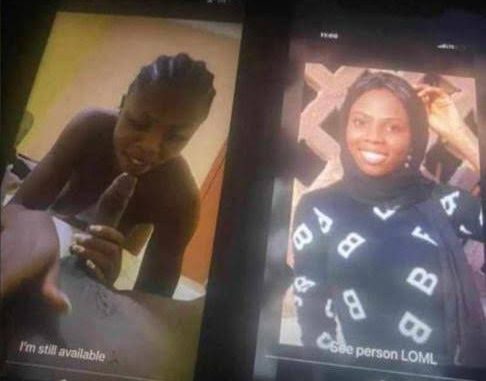 LeakedSexTape : I’m An Olosho And I Don’t Give A F**k About What Y’all Think, It’s A Good Work- She Said (VIDEO)

2021 just started and alot have started happening. From fight against Fulani herdsmen to leaking of numerous sextapes. Leaking of sextape seems to be a trend in 2021.

On Thursday, February 4, many Nigerians woke up to the leaked sextape of a lady doing the round on social media.

The lady simply identified as Ronke who is said to be a student of Ladoke Akintola University of Technology (LAUTECH) was leaked having sex with two guys.

This has been causing a lot of commotion as Twitter users see the satisfaction in the pornographic video.

Reacting, Ronke called out on those attacking her for the silly act to mind their business, saying she’s a proud commercial sex worker.

Watch the Video Below;