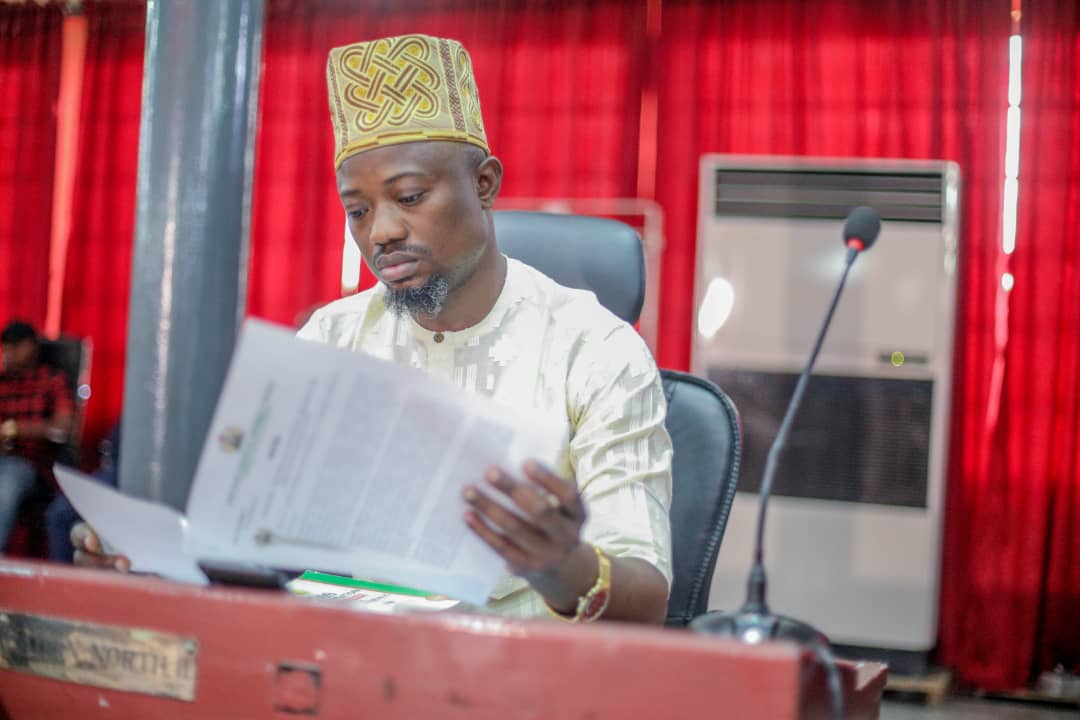 Oyo State House of Assembly lawmakers have lamented the state of insecurity in the state and have called on the executive arm under the leadership of Governor Seyi Makinde to put proactive measures in place in order to curb the growing security concerns emanating from kidnappings for ransom, banditry, and killings which according to the house are largely attributed to activities of suspected Fulani’s in the state.

The House made this disclosure during its Plenary sitting on Tuesday 9th of February, 2021 while deliberating on a Motion titled: “Stemming The Spike Of Insecurity, Killings, And Kidnappings In The State Via Improved Working Synergy Among Security Agencies”.

The sponsor of the motion, Honorable B. G. Babajide, explained that insecurity in the state has reached an alarming stage and require some urgent and drastic measures by the executive arm to arrest the situation before it escalates further.

Honourable K. T. Isiaka, who was the cosponsor of the motion, in his submission, which was made in Yoruba language, maintained that the security of Oyo state is a serious business that should not be taken with levity.

He explained that it was important to urgently find a lasting solution to the state insecurity that has seen rise in banditry, kidnappings, and avoidable killings which has became rampant in recent time in some parts of the state, especially in Ibarapa.

Hon Isiaka maintained that lawlessness only thrive in a society where there are no laws, stressing that Oyo state was yet to test the strength of Oyo state Anti Open Grazing law through effective implementation since the law came into existence in the state noting that it has embolden those criminal elements perpetrating the heinous crimes in the state.

He explained that late Doctor Fatai Aborode’s gruesome death was particularly painful because he was a man who lived a successful life abroad and decided to return home to his fatherland before his untimely death by suspected Fulani bandits. He noted that if such security concerns are not urgently addressed, it may lead to people resorting to self help which may not be good for the society.

Speaking earlier, Honorable Akeem Adedibu, explained that he was personally involved in the negotiations that led to payment of N5.5 million naira ransom to secure freedom of one the LCDA chairmen in Iwajowa that was kidnapped by Fulani kidnappers sometime last year.

Adedibu added that he was also part of the team that took the N5.5 million ransom to the designated location as instructed by the Fulani kidnappers. The lawmaker further stated that after they were instructed to stop along the road, some four fully armed Fulani bandits encamped them and led them through another 2km distance into a thick forest.

The lawmaker, who gave account of his encounter with the kidnappers said that all eight of them were Fulanis adding that he had to conceal his personal identity as a lawmaker to avoid a devastating outcome. He noted that they made sure the total sum of N5.5 million was duly counted before the caretaker chairman was released to them.

Corroborating Adedibu’s submission, lawmaker representing Egbeda state constituency, Honorable Olasunkanmi Babalola, also gave brief experience of his experience with the kidnappers of his sister who was kidnapped last year December before she eventually regained her freedom after the demanded ransom was paid.

Babalola lamented that it was unfortunate that despite the kidnappers using a single mobile number to contact them throughout the negotiations for his sister’s freedom, security operatives involved could not track them which according to Babalola was said to be due to lack of tracking devices.

Other members of the house who made contributions explained that the issue of security in Oyo state should not be politicized or used as a political tool to defame the one another stressing that it was failure of the nation’s security architecture that trickled down to Oyo state and making the people of the state to bear the brunt.

The lawmakers argued that the Governor was merely a chief logistic officer and not a achief security officer of his state as they were being projected before the people noting that the governor could not give the Commissioner of Police (CP) a direct order because the CP is only answerable directly to the Inspector General of Police (IGP).

They however, urged President Muhammadu Buhari to work out a new workable modality for the nation’s security architecture to forestall escalation of the security situation in the country.

The lawmakers also urged the state government to as a matter of strategic approach to the security situation set up and empower an Anti Open Grazing Squared that will be fully equipped to specialize mainly in apprehending violators of the Anti Open Grazing law of Oyo state.

Speaker, Honorable Adebo Ogundoyin, in his remark, urged the state government to constitute an Anti Open Grazing Prohibition Task Force which shall comprise of Commissioner For Agriculture, Special Adviser to the governor on Security, representative of the Commission of Justice, Nigerian Police, and other security agencies as well as representatives of Miyetti Allah Association, in order to urgently stem the spike in banditry, killings, and kidnappings in the state.