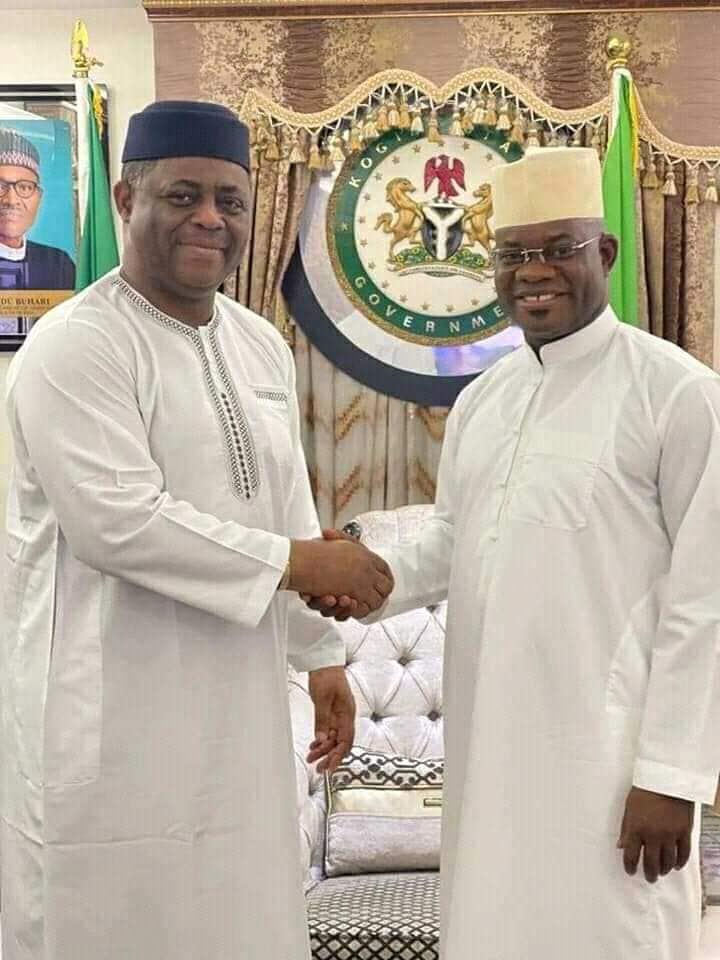 Hon. Femi Fani Kayode, Former Aviation Minister had cleared air over his meeting with the governor of kogi state, Yahyah Bello, Mai Buni and other leaders of APC in Abuja

FFK through a post on his facebook handle made clarity to the issue when he explained that his visit was just to discuss the state of the nation and way forward but not in any way planning to leave his party PDP for APC as speculated.

He said, “Yesterday afternoon I had the distinct honor and pleasure of having a very productive and important meeting with the National Chairman of the APC, Governor Mai Buni of Yobe state and Governor Yahaya Bello of Kogi state.
“We discussed the state of the nation, pressing national issues, party politics and the way forward. These meetings are wide-ranging and ongoing and I am delighted to be involved in them.

“Despite the obvious benefits and wisdom in this noble initiative it amazes me that some people should feel that it is wrong for me to sit with other leaders in the country to discuss issues which touch and concern the national cohesion, future and stability of our country.”

Fani-Kayode stressed that the citizens must come together during this critical phase.
“This is a time in which we must set all our differences aside, build bridges and come together as one lest our country drifts into fratricidal butchery and civil war.

“It is right and proper for us to talk and to attempt to join hands across political, religious and regional lines to save Nigeria.

“I can and will never compromise or jettison my core fundamental principles for any reason and I stand firmly on my honestly held opinion that we need to enthrone equity, justice and fairness in this country for it to survive.”

“I also believe in restructuring the country and in a vigorous and effective fight against terrorism. The fact that I am in talks with leaders from a cross section of political parties, including the ruling party, does not in any way derogate from this and does not mean that I will ever change those views.

“The next few months will be critical in terms of whether or not our country will survive as one and I believe that if we want it to do so dialogue, building bridges and collaboration, even with those that you may disagree
with on some issues, is vital and inevitable.
“That was the purpose of our meeting. Permit me to add the following for the record. I will always stand for justice and I will never cease to oppose evil. Yet the greatest evil that we are confronted with today is the prospect of a second civil war.

“Despite our differences, as leaders and statesmen, we must all sheath our swords and ensure that we never go down that path.”