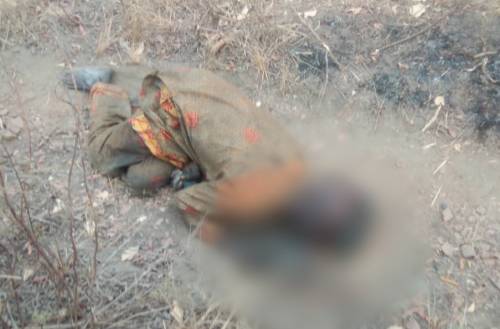 The cmandant of Amotekun in Oyo state, Col. Olayinka Olayanju confirmed the ugly incident in Ibadan at tge late hours of wednesday february 10.

Alfa Sikiru’s farm which was a large farm was at Itigbo, Apodun road in Igangan, he was alerted of the incident and quickly rushed to put off the fire but was unfortunately consumed by the inferno.

According a source who spoke with SaharaReporters, He said:
“It happened that his cocoa and cashew farm was set ablaze. He met his untimely death while he was trying to quench the fire. Hee was never attacked by any Fulani nor any other person.”

However, the Amotekun boss was unable to establish that the fire was caused by fulani herdsmen, bu source in Igangan told SaharaReporters that it was done by the Fulani herdsmen who are hellbent on destroying Yoruba farmers’ properties.

The source said, “Can fire destroy a farm without somebody setting it ablaze? This is one of the reasons behind the notice to quit Yorubaland.

“If Wakili and his men are still operating in Ayete, Igangan and Tapa axis, we cannot sleep with our two eyes closed. Don’t forget a similar thing happened in Ayete recently when the farm of Odomofin, Baba Saubana, was set ablaze. All their cashew farms were destroyed.”