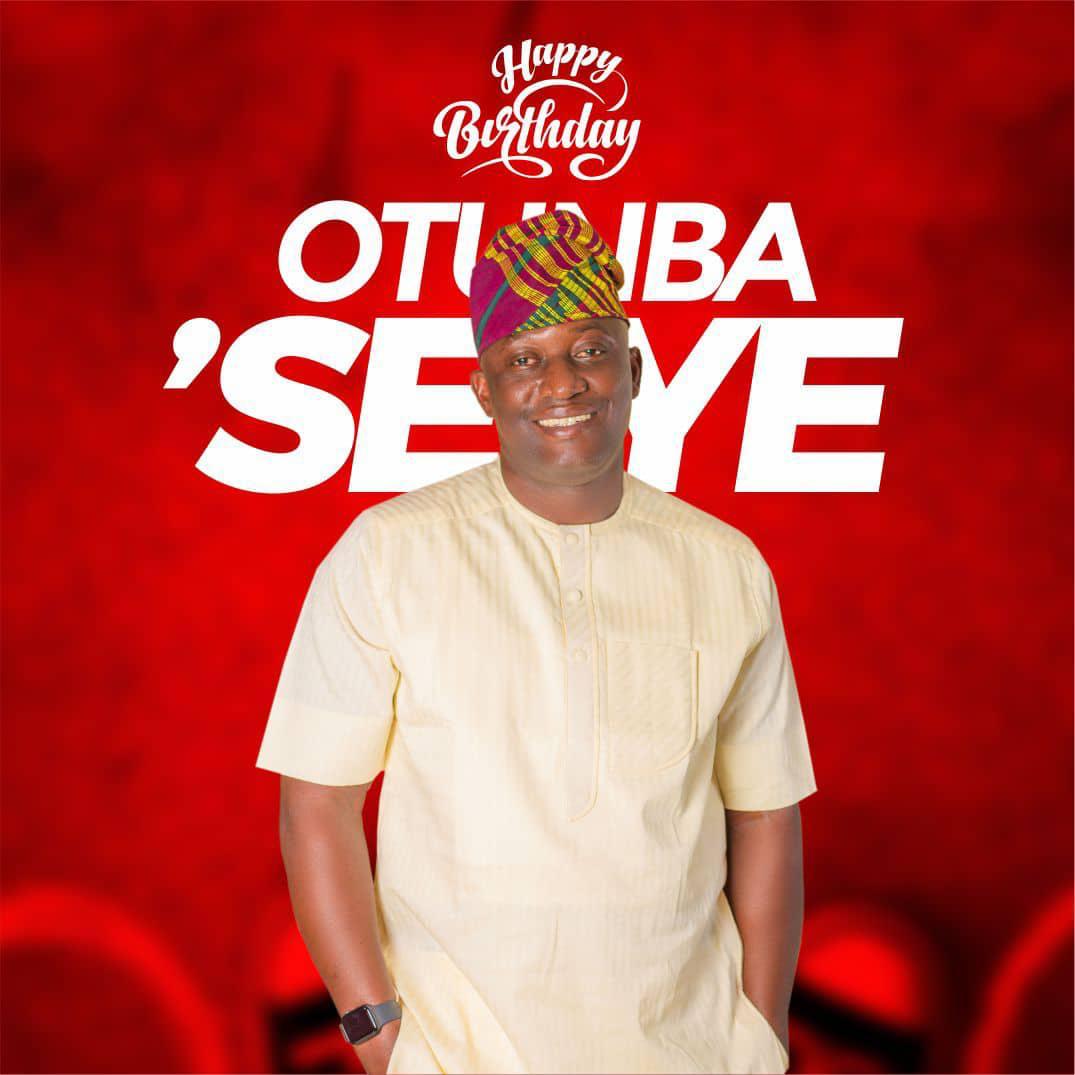 In his words, he described the celebrant as an astute leader, upright personnand an accomodating father, Otunba Seye to him is a benefactor whom he can never be ungrateful to all his favorable advances.

In his special birthday message he wrote:
“I have the singular honour to celebrate an enigmatic and charismatic leader, a man with unparalleled character, a cheerful and respected leader.

Otunba Seye is a leader of a conventional character, simple, accommodating and unique.

He’s a leader of many classes, embodied with acknowledged rank of intelligence and leadership sophistications.

You’ve demonstrated on many occasions, arrays of convincing values and embedded leadership styles worthy of emulation, this has made you special and a rare breed.

I celebrate you today, for being a unique leader and a pearl among your equals.

May this moment of joy last for long and you shall live to celebrate many more years. Happy birthday sir”

He also prays that he grows old and wax stronger in God’s favor.

Why our govt. is receiving much criticism at the moment— Bisi Ilaka