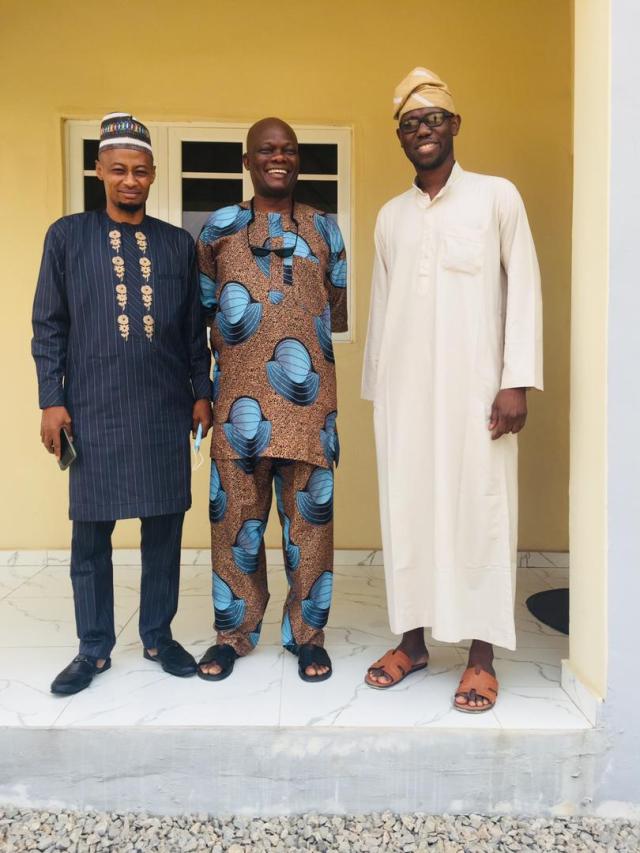 As part activities that makes up the registration and revalidation process of the All Progressives Congress in Oyo state, Leadees of the party have been working around tye clock to canvass new
members and appeal to old members to return to the party.

In light of the foregoing, A chieftainn of the party and a serving senator of Oyo central, Sen. Teslim Folarin have visited a founding member, Hon.Dapo Lam, who had angrily left the party prior to the 2019 general elections to African Democratic Congress to seek re-election into the federal house of representative.

Meanwhile, Just last week the Guber Candidate ZLP and other power brokers in Zenith Labour Party met with some leaders of the All Progressive Congress, the meeting which was said to be a plan merger between both parties.

This again shows that the leadership of the APC are working on bringing all their former top shooters back to their camps, which might Aid 2023 electioneering in the part.

Folarin who along with is arsenal visited the son of the late former Oyo state Governor Lam- Adesina at his residence in Ibadan, Express Optimism that the party is tolling the right part towards willing 2023 general elections.

Oyovanguard.com learnt that the meeting was to convince the Young Dapo Lam-Adesina  back to the party…