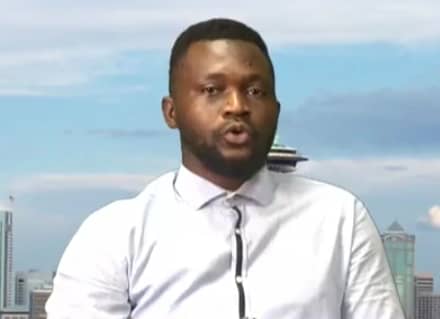 Pleasant day to all my people, I have been monitoring with great interest the recent happenings in the state, and I am left with no other option than to write this open letter just to correct some anomalies.

To say that I am not happy is an understatement hence the need to swiftly make my position known regarding how people spread fake news in the state and it’s negative effects on our well being.

Before going further, I will like to advise our people not to allow themselves to be used to fan or perpetuate the embers of discord and disaffection under any guise as this is tantamount to playing into the hands of egocentric Politicians who are hell-bent on taking power by all means.

We do not need to consult any oracle to know the game as it’s visible to the blind and audible to the deaf. However, I will try within my ability not to colourize this letter with any political justification, I will also deem it fit to call it the exact way it is so that it will serve as deterrent to others who are still warming up to toll this destructive lane. Do I need to take our people on memory lane?

Insecurity in the country is a perrenial challenges and lately, it depend on how we handle media our activities as any fake reportage has the ability to ignite conflict in our community in a twinkle of an eye.

Nigeria no doubt is presently into forced marriage as a result of 1914 amalgamation and until we are set to review this process, no amount of ethnic crisis can bring about secession nor restructuring. Nigeria is known to be multiethnics, multilingual, multireligion, multicultural, multipolitical entity which is volatile to any form of fake news.

Can we over emphasize the havoc fake news has caused our dear state?

One will ask, what will people stand to gain in spreading fake news?

Should we say some people are hiding under disguise of “I hate Seyi Makinde” and I love my people so as to fan ember of discords?

Well, it’s pertinent to advise everyone not to take Governor Seyi Makinde leniency for granted.

As good as socal media is, those using it to propagate fake news need to be called to order, we can not continue to look away as if all is well. I am also aware that some people are feeding fat on this act but one need to always think of posterity.

The recent crisis in Shasha market was an eyesore and it is still fresh in my memory as I can not explain the negative effect of fake news in that incident. My condolences to those who loss their loved one in the ugly incident. May God give them fortitude to bear the huge damage.

Regrettably, While people were busy ensuring that peace reign in the market, some were busy propagating lies, fake news on different social media platfoms with different narrations. This later resulted to total breakdown of law and we all aware of the end of the story. Where did we get it wrong ?

As if this is not enough, as I was driving through Bodija market on Monday, February 15, 2021, I decided to park and get some fruits, durng the process, I checked my phone and I saw a breaking news with the headline; “Bodija is burning, Yorubas are killing Hausas”, I paused and asked myself, is there another Bodija market somewhere aside the one located in Ibadan North Local Government of the state?

No doubt, it was another attempt to cause voilence and glory to God for arresting the situation, it would have been another story by now. The question is, what do we all stand to gain in this evil act?

Can a state undergoing civil war enjoy dividends of democracy? Can election or any other meaningful economic activity hold in such State?

I will advise power-hungry Politicians to hold on till 2023 before playing their cards. While doing this, they should ensure that our peaceful coexistence is not jeopardized. My advise also goes to all social media users, we should always validate and revalidate our source of news as circulating story or reports of uncertain or doubtful truth can be counterproductive. We should not make ourselves available for those who always think about themselves alone and not our well being nor the state.

GSM is the Sheriff in charge now, he deserves our total cooperation to take the state to the well deserved destination.

I want to totally agree with Martin Luther King on his assertion that: “Violence is impractical because it is a descending spiral ending in destruction for all. It is immoral because it seeks to humiliate the opponent rather than win his understanding: it seeks to annihilate rather than convert. Violence is immoral because it thrives on hatred rather than love. It destroys community and makes brotherhood impossible. It leaves society in monologue rather than dialogue. Violence ends up defeating itself. It creates bitterness in the survivors and brutality in the destroyers.”

Deji Ola writes from the ancient city of Ibadan