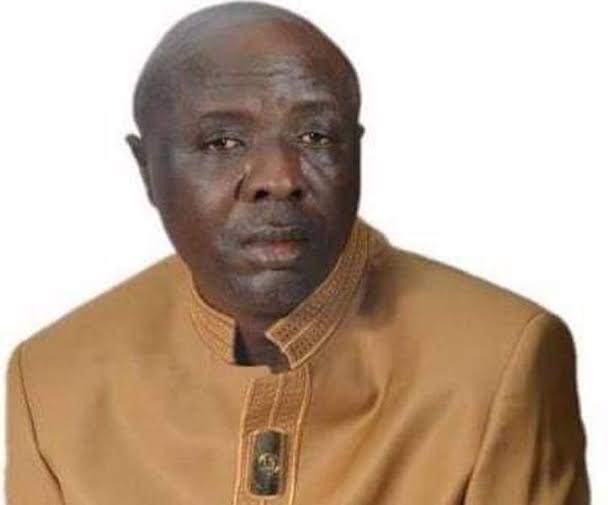 Fayose Must Have Woken Up On The Wrong Side Of The Bed Before Calling Makinde A Baby Governor —Halleluyah. ﻿

The crisis rocking the Southwest zone of the Peoples Democratic Party (PDP) is far from being over, as a former Senate Deputy Chief Whip, Senator Hosea Agboola, yesterday, descended on former Governor Ayodele Fayose of Ekiti State, describing him as more of a liability than an asset to the umbrella party.

Speaking while welcoming to the PDP, some loyalists of a former Governor of the state and leader of the Zenith Labour Party (ZLP), Senator Rashidi Ladoja at the government House, Agboola popularly called Alleluyah said it was uncharitable for Fayose to call Oyo State Governor Seyi Makinde a baby Governor in a recent viral video.

According to Agboola, “such statement from Fayose to a serving governor and leader of the PDP in the Southwest, was ‘most uncharitable and in bad taste’.

He said: “Governor Makinde before venturing into the public service had made tremendous successes as a businessman of note. He rose from there to win a landslide victory as the gubernatorial candidate of the PDP in the 2019 election.”

“And the 2019 electoral victory came at a time both the State and Federal Government were being controlled by the almighty’ All Progressives Congress (APC), yet Makinde triumphed and won to prove the bookmakers wrong.”

“And today, Oyo State is witnessing all-round developments in education, health, infrastructure, economy and lots more. The State Governor Makinde was able to restore the crisis in Ladoke Akintola University of Technology (LAUTECH), Ogbomoso and also ensured it is now the sole property of Oyo State.”

“The man with such Midas touch whose future promises greater value to humanity is to Fayose a baby Governor? He must have woken up from the wrong side of the bed to utter such a statement.”

“But for posterity sake, Fayose deserves no reply especially if one recalls how he has failed severally as a politician in his home state.”
“Here is Fayose who had only won elections when the PDP ruled at the Centre. His ambition to become a senator in 2011 under the Labour Party was futile which shows he wins only when the PDP held sway. Makinde won when the opposition was and still at the centre,” he said.

Agboola who was recently Chairman, Caretaker Committee of Ekiti PDP, spoke further: “so of what political value and relevance is Fayose who failed woefully to install a successor when he was leaving as an incumbent Governor of Ekiti. Ekiti PDP under him became a shadow of itself as he could not produce a single house of assembly member in that State.

“Fayose, who attacks leaders including Chief Bode George at every opportunity, the Yorubas have a place in history for such individual. We are taught to be Omoluabis (gentlemen) even when provoked but such quality is found wanting in the behavioural pattern of the governor. He is completely an opposite of what was espoused by our forefathers,” Agboola remarked.