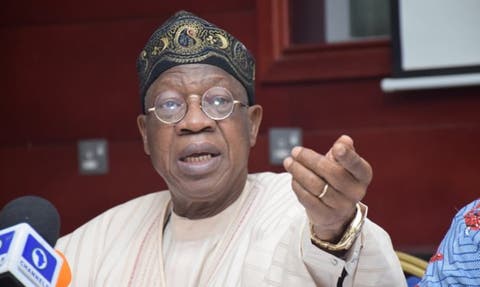 A pro-Youth forum of the ruling All Progressives Congress (APC) in Kwara state have lent their voice to the President, Muhammad Buhari, to relief the Hon. Minister for Information and Culture, Alh. Lai Mohammad of his position for non performance.

Chairman of the forum, Tiamiyu Mumini, made the request on behalf of the stakeholders at a press conference, in Ilorin.

He described the minister as a self-serving politician who “should not be allowed to continue his selfish politicking to the detriment of the state.”

Mumini said, “This is a man who surrounds himself with aides who are non Kwarans. He stubbornly refused to pick Kwarans as aides, perhaps that is why he is far from the realities on ground.

“We want him removed because he cannot have his son in the Lagos House of Assembly while he ventures on mortgaging the future of Kwara State youths by causing chaos in the ruling party.”

The group also expressed displeasure over the refusal of the minister to support the policies and programmes of the state Governor, AbdulRahman AbdulRazaq.

Members of the group said, “Instead of supporting his home state government, he is using his influence as a federal minister to scuttle well-planned projects and programmes being executed.”

They also expressed surprise that the minister used his official Twitter handle to rubbish the ongoing APC membership registration exercise and called for its cancellation after participating in the exercise.