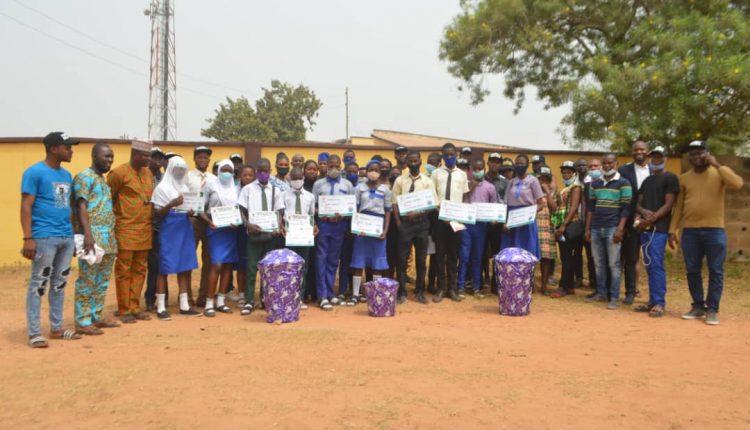 It was a moment of joy for the participants of the just concluded quiz competition organized by Friends of Deji Ola (FOD). According to the students and their teachers, they opined that this is a good encouragement for them as they have always been looking forward to such event in the state. They lamented how people always celebrate mediocre instead of productivity. According to one of the teachers who pleaded anonymity, he claimed that during his time as a student in modern school, corporate bodies and private individuals always organize quiz competition and debates to determine best schools and students in the state. He later asked, where is this heritage when we are all claiming that education is the only way to secure better future for the nation.

The quiz competition which drew people from all walks of life including most brilliant students in the selected Schools and their other colleagues was keenly won by Bishop Phillips Academy, Ibadan. Coincidentally, the school happen to be the Alma Mata of the Executive Governor of Oyo state, His Execllency, Engr. Oluwaseyi Makinde.

The school won their closest rival which is Oba Akinbiyi Model School, Mokola, Ibadan to grab the first position. Bishop Phillips got 60 points while Oba Akinbiyi got 58 points.

The students could not hide their joy as they proudly appreciated the NGO for coming out with this great event, they also appealed to the NGO not to make this event a one off but rather a continous activities to rejig our education sector in the state and to awake the sleeping giant in them. They also appreciated Hope Regerated Foundation, Precy Foods and Plantation Foods for sponsoring the event.

The Convener, Comrade Deji Ola during his opening remarks, appreciated all his friends and loved ones for their interest in his dream and for always coming out to contribute their quota for the advancement of the state and Nigeria at large. He also encouraged the students never to deviate from their core values and to always be good ambasadors of the their respective states and the pace setting state by extension. He further said, there is also need for them to embrace random kindness the way friends of Deji Ola are doing.

The Convener whose face was filled with joy also appreciated Oyo State Honourable Commisioner for Education, Science and Technology for granting them approval to organize the event. He also appreciated those who sponsored the event and pray for their continued financial upliftment.

The two representatives of the five schools went home with cash prizes each and also got certificate of participation, award certificate and other gift items.

This is just the beginning of greater feat from Friends Of Deji Ola (FOD).