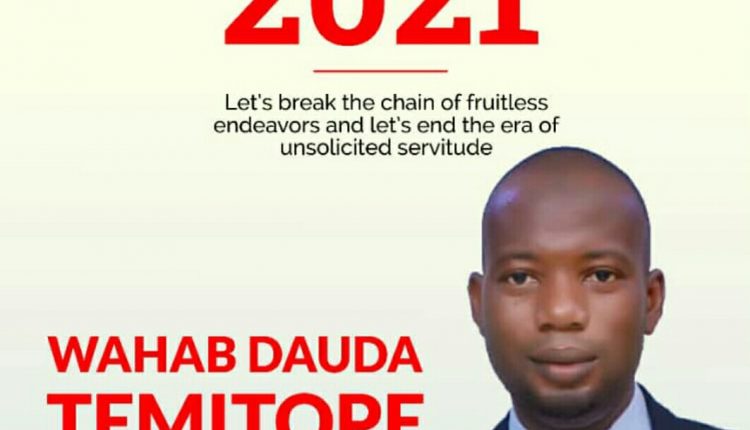 Hon. Dauda Temitope Wahab, a top contender for the Oyo west local government top seat in the upcoming election has pick up his expression of interest and nomination form at the party’s sectetariat at Oke-Ado in Ibadan today.

He was well received by charming and cheerful party faithfuls at the state party secretariat.

As a law abiding citizen, he maintained all stated guidelines as a process in getting the form without jumping law and orders.

Contrary to many unfounded rumours going round the town, that he couldn’t pay to get form, this significant stride he accomplished earlier today indicates that he’s ready and adequately prepare for the race to the office of Oyo West local government chairman.

By the virtue of the foregoing, Hon. Daud would be contesting the upcoming primaries of the party scheduled to hold in march.

Pandemonium In Uniabuja As Students Beats Lecturer For Seizing Student’s Script During Exam.